Zee TV’s latest fiction show, Rishton Ka Manjha, has made a remarkable impression on the audience since its premiere. Its intriguing plot and relatable characters like Arjun (Krushal Ahuja) and Diya (Aanchal Goswami) have struck a chord in the minds and hearts of Zee TV’s loyal viewers. While the entire cast has been working diligently to ensure their characters continue to entertain the audience, they have also been utilizing their spare time to bond with each other on set. In fact, Krushal who plays the lead in the show has already begun to form deeper bonds with the actors who play his on-screen Bhabhis in the show – Farhina Parvez and Priyanka Nayan. He was recently seen having fun and a rather filmy time with his co-actors. 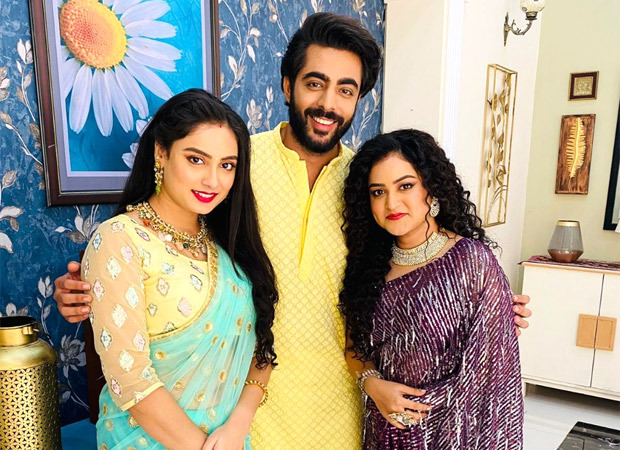 Taking some time off from his rigorous schedule, Krushal along with Farhina and Priyanka decided to create a fun reel wherein the trio were seen grooving to the songs ‘Mere Mehboob Mere Sanam’ and ‘Woh Ladki Jo’, taking Instagram viewers and their fans by storm.

Speaking of his equation with Farhina and Priyanka, Krushal said, “We are occupied with really tight schedules throughout the week, but with whatever free time we get in between, we try doing something funny. Initially, I didn’t know Farhina and Priyanka much, but after having shared some scenes together we realized that we share a lot in common and became really good friends thereafter. So, whenever we are rehearsing our dialogues or resting, we casually make a couple of reels and joke about it later. It’s a fun banter and we rejoice through this. To be honest, if not for them, my schedule would be absolutely mundane with nothing but shooting scenes throughout the day.”

While Krushal Ahuja is busy entertaining his audience with some of his incredible reels on Instagram, Arjun’s rough and tough look has already left a mark on the minds of audience.