Please Like Us!!!
DesiGoogly > Ranveer Singh shares a glimpse of 83’s promotions in Jeddah

Actor Ranveer Singh along with his wife Deepika Padukone is currently doing the promotions of their upcoming sports drama film 83. The promotions are going on in full swing and recently they went to Jeddah and Dubai for the same. The couple caught our eyeballs with their stunning looks from the event. While Deepika wore a gorgeous pink ruffle gown, Ranveer wore a Gucci suit. 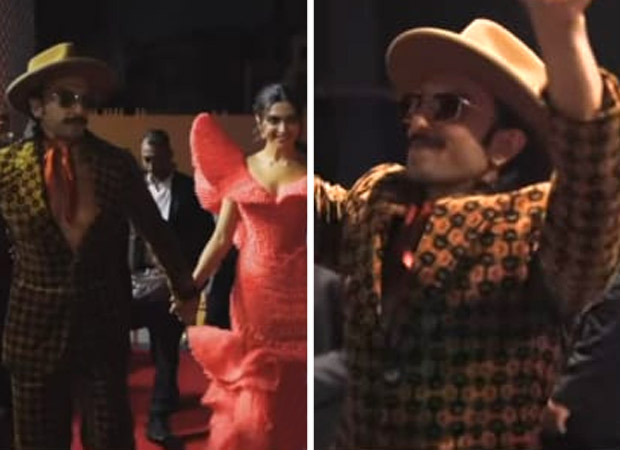 The trip was great fun for both Deepika and Ranveer and they were even joined by the film’s director Kabir Khan and his wife Mini Mathur. Recently, Ranveer has shared a video giving us a sneak peek of their visit to the Gulf nations. In the video shared by Ranveer on their official Instagram handle, he and Deepika can be seen coming out of the airport and waving to the public. We also get to see some behind the scenes glimpses of the show. Apart from that, he also shared a clip in which he can be seen greeting his fans at an auditorium.

Helmed by Kabir Khan, 83 is slated for a theatrical on December 24, 2021. In the film, Ranveer Singh will play the role of Kapil Dev. While Deepika Padukone will be seen portraying the character of Romi Bhatia. Tahir Raj Bhasin, Ammy Virk, Saahil Khatter also have pivotal roles in the film and Pankaj Tripathi will play PR Man Singh’s character in the film.