Please Like Us!!!
DesiGoogly > Ranveer Singh proves that he is the flagbearer for athleisure style as he dons Gucci activewear worth Rs. 2.5 lakh

Ranveer Singh casts a spell with his charm every time he’s on celluloid. Ranveer made his debut with Band Baaja Baaraat and with that he made his way in to our hearts. With his enthusiasm and whack style he never fails to impress the netizens. 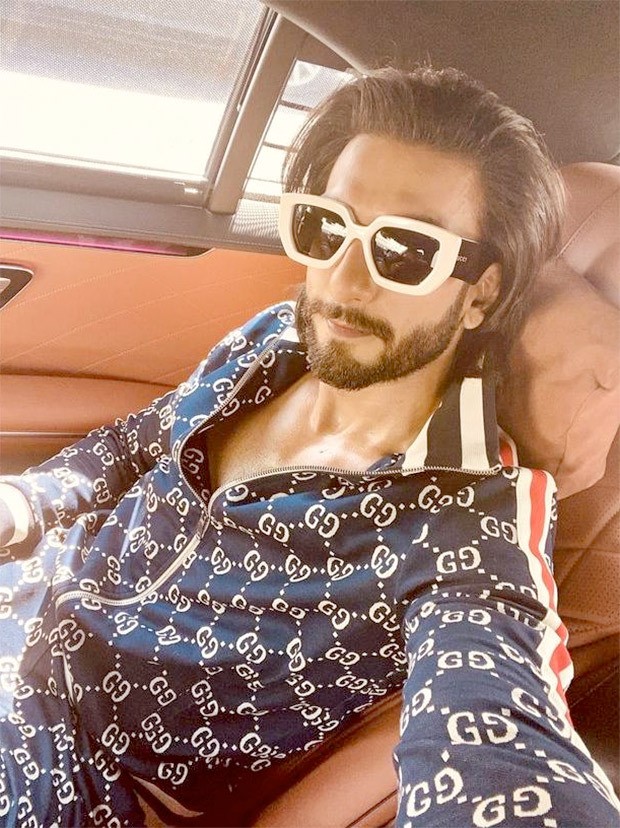 Ranveer Singh uploaded a car selfie and we are swooning! He can’t get enough of his Gucci obsession and we can’t get enough of Singh. He kept it classic in a navy blue Gucci track suit with red and off-white accents and the Gucci monogram. The Gucci suit is available on the Gucci site where the jacket costs $1980 and Joggers cost $1380. The set, in total costs a whopping Rs. 251,665. Ranveer looks Uber cool in the Jacquard GG printed set.

Ranveer will next be seen in ‘83. Directed by Kabir Khan, the film was supposed to release in the summer of 2020 but has been indefinitely delayed due to the coronavirus pandemic. The film is based on the Indian cricket team’s victory at the 1983 World Cup. Ranveer plays former captain Kapil Dev while his wife, actor Deepika Padukone also plays his on-screen wife, Romi.

He also has Cirkus with Rohit Shetty and also has a special appearance in Rohit’s upcoming film Sooryavanshi. Cirkus is reportedly a Hindi adaptation of William Shakespeare’s The Comedy of Errors. Apart from these two, Ranveer will also be seen in Jayeshbai Jordaar and Rocky Aur Raani Ki Prem Kahaani.