Please Like Us!!!
DesiGoogly > Ranveer Singh is a charmer in a Gucci tracksuit worth Rs. 3 lakh at the airport

Ranveer Singh made his debut with the film Band Baajaa Baaraat and with that he made his way into our hearts. With his enthusiasm and whack style he never fails to impress the netizens. Ranveer Singh made quite a stylish appearance at the airport. 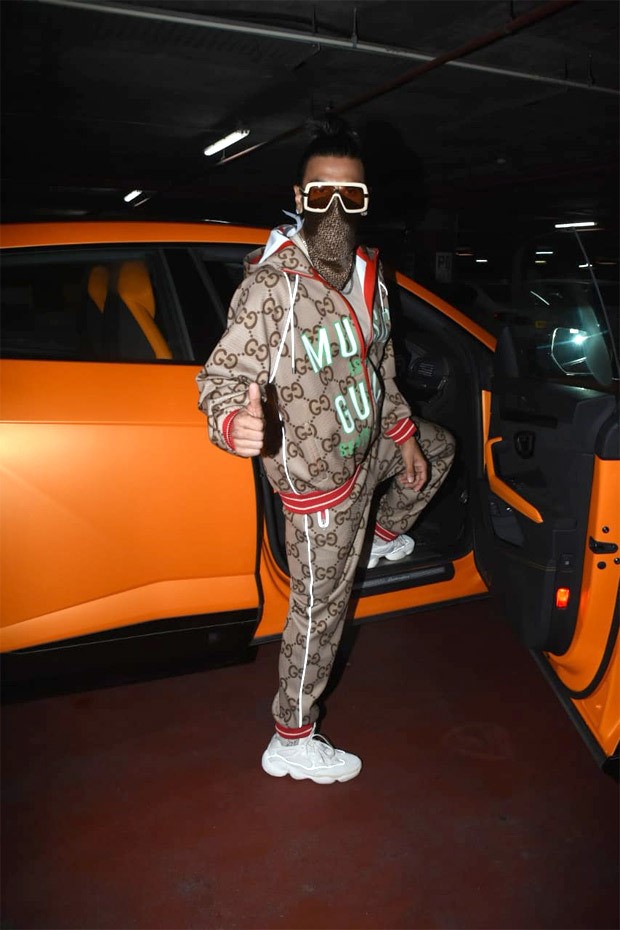 Ranveer Singh was spotted at the airport dripping with luxury and moolah. He was spotted dressed in a Gucci monogram tracksuit with Music written in the middle in big block letters. He looked charming pulling off the quirky Gucci 100 GG neoprene jacket worth $ 2,300 that is about Rs. 1,72,500. He paired it with a white t-shirt underneath and matching Gucci 100 GG neoprene pants worth $ 1700 which comes down to about Rs. 1,27,500. He paired the look with a silk Gucci monogram scarf with quirky reflectors with white sneakers. His hair was in a funky ponytail. He was seen strutting on the airport holding true regard for the luxury fanatic Gucci man he is. 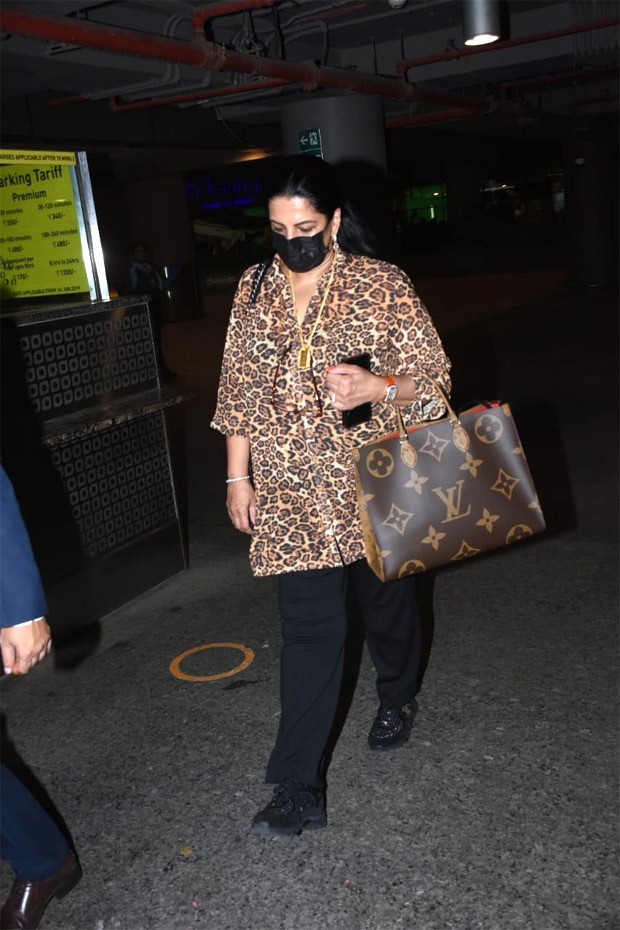 Ranveer will next be seen in ‘83. Directed by Kabir Khan, the film was supposed to release in the summer of 2020 but has been indefinitely delayed due to the coronavirus pandemic. The film is based on the Indian cricket team’s victory at the 1983 World Cup. Ranveer plays former captain Kapil Dev while his wife, actor Deepika Padukone also plays his on-screen wife, Romi.

He also has Cirkus with Rohit Shetty. Cirkus is reportedly a Hindi adaptation of William Shakespeare’s The Comedy of Errors. He will also be seen in Jayeshbhai Jordaar. He will also be seen alongside Alia Bhatt in Rocky aur Rani ki Prem Kahaani. Reports also suggest that he will be cast in Sanjay Leela Bhansali’s Baiju Bawra. This will be their fourth collaboration together.

Also Read: Ranveer Singh gets cheeky flaunting his washboards abs ahead of his TV debut with The Big Picture