Please Like Us!!!
DesiGoogly > Ranveer Singh gets cheeky flaunting his washboards abs ahead of his TV debut with The Big Picture

Actor Ranveer Singh has shared a new shirtless selfie on his social media handles and making the fans go all gaga over him. The actor asked his fans to guess the reason behind his sweat. 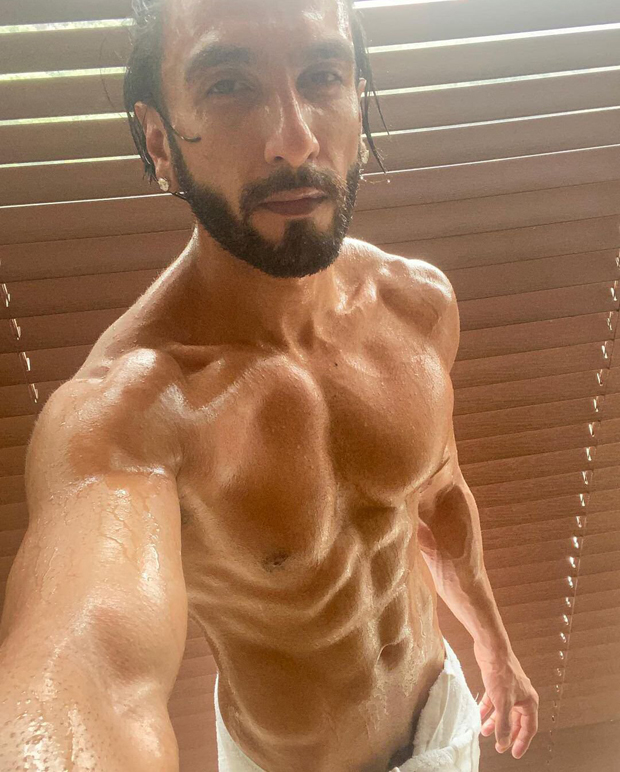 Ranveer is all set to make his television debut with The Big Picture. It was launched earlier this month. He had also appeared on Bigg Boss 15 to drop hints about his upcoming show.

On the work front, Ranveer Singh is looking forward for the release of his upcoming film Sooryavanshi, which is going to have a theatrical release on November 5. He also has sports biopic, 83, social comedy Jayeshbhai Jordaar, Rohit Shetty’s Cirkus with Jacqueline Fernandez and Pooja Hegde and Rocky Aur Rani Ki Prem Kahani with Alia Bhatt.