Please Like Us!!!
DesiGoogly > Rakul Preet Singh completes the shoot of Chhatriwali, says she ‘couldn’t have asked for a better team’

Bollywood actress Rakul Preet made headlines when she signed her next venture titled Chhatriwali. The film in question concentrates on a female who is desperate for a job in a small town and ends up taking up a job as a condom tester, a secret she must hide from everyone around her. Now, we hear that Rakul has wrapped up shooting for the venture. 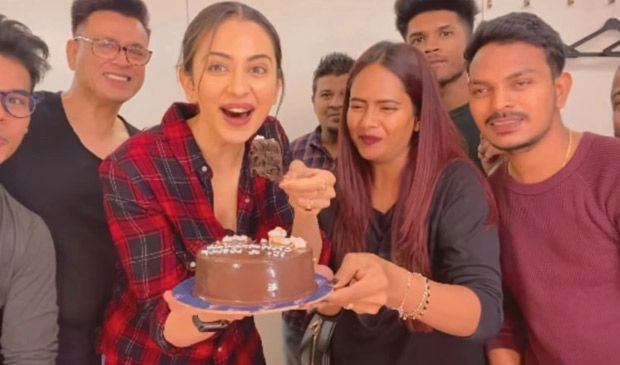 Taking social media Rakul shared photos from the sets with her team and announced that they wrapped the shoot. She wrote, ”Anddddd last night was a bag of mixed emotions. Happy and content for creating something I enjoyed and believed in. ❤️ what a smooth journey #chhatriwali has been . Couldn’t have asked for a better team for my first title role film @tejasdeoskar you made the process so seamless ❤️ @sidvasanity you are amazing @eshaanphadnis @soniyeah22 thankyou for really pampering us so well! A big shoutout to the entire unit for tirelessly working and not complaining! @rsvpmovies @ronnie.screwvala ❤️”.

Talking about the film, Rakul had shared, “It’s quite an interesting and Hatke subject and I am very thrilled about starting the journey of my character. It’s important to highlight some issues in a light-hearted way and that has got me pretty excited.”

On the work front, the Punjabi actress is also a part of four other movies named Attack, Mayday, Doctor G, and Thank God which are set to be released in 2022.