Please Like Us!!!
DesiGoogly > Rajkummar Rao and Patralekhaa dance their heart out in latest wedding photos

Actors Rajkummar Rao and Patralekhaa tied the knot on November 15, 2021. The couple officially announced the wedding via social media with pictures from their Hindu wedding ceremony. The couple had a three-day long wedding in Chandigarh in the presence of family and friends. 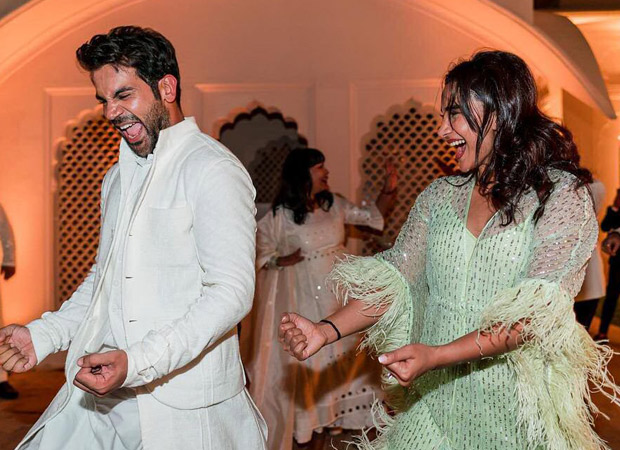 On Wednesday, Rajkummar shared two pictures of him and Patralekhaa dancing their hearts out during their wedding festivities. In one of the pictures, Rajkummar is seen dressed in an all-white traditional outfit while Patralekhaa is seen in a frilly green shimmery outfit. The other picture is from their pool-pajama party.