Priyanka Chopra is getting into the restaurant business as a co-owner of Indian restaurant in New York, Sona. It will be soon opened for the customers. A special puja ceremony was held in New York. Priyanka’s popstar husband Nick Jonas was also in attendance. 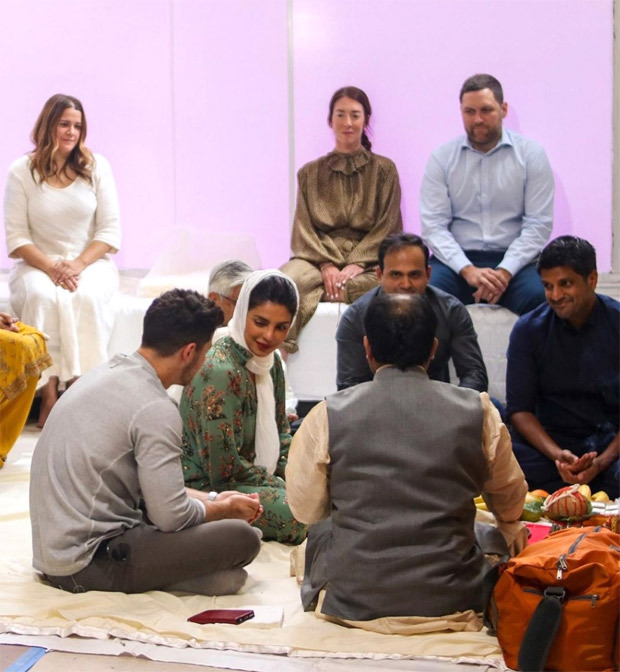 Restaurateur Maneesh Goyal, who has collaborated with Priyanka, revealed the ceremony was similar to the one held in 2019 when the work had begun in building the restaurant. Maneesh took to Instagram to share the photos from the ceremony. n his emotional note, he wrote, “This morning at SONA, we conducted a small puja or blessing ceremony. We’ll be seeing our first guests very soon and it was important to both @priyankachopra and myself that we hold a puja before our doors are officially open. It was so special to gather in this way. Friends & supporters of @sonanewyork from India to London to California joined in.”

“This morning’s ceremony was especially poignant since, in September 2019, we did a similar ceremony to bless the space while it was raw—before we started any construction at all. At that time, we thought we’d be open by the Summer of 2020. Of course, we had no idea what 2020 had in store for us. I give that first blessing a lot of credit for seeing us through…and guiding us as we fought to keep our project alive. And now, a year and half after that first puja, SONA is ready. I am so grateful for all the blessings we have received. Here we go! #sonanewyork,” he wrote.

ALSO READ: Priyanka Chopra Jonas trolled for saying that her father ‘sang’ in a mosque