Please Like Us!!!
DesiGoogly > Priyanka Chopra Jonas posts a snap taking a stroll in Spain with a cryptic musing

Priyanka Chopra made her mark in the Hindi film industry and she is checking one thing at a time off her bucket list. She is living the dream and putting Indian Cinema on the world map. Chopra also hosted the Global Citizen Festival over the weekend in Paris with the likes of Billie Eilish, Jennifer Lopez, Cold Play, Shawn Mendes, Camilla Cabello and several others on the performance list. 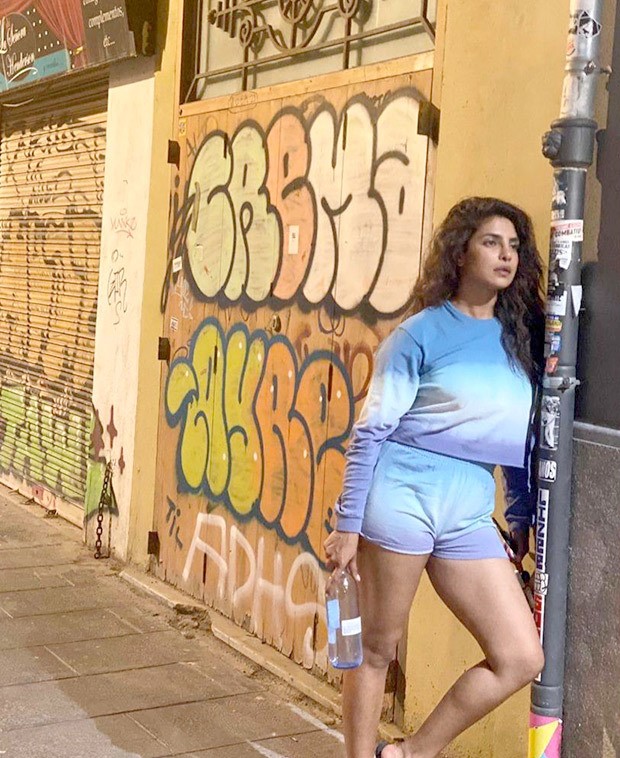 Priyanka Chopra recently posted a snap dressed in a cutesy tie dye set. She styled a cropped blue and white tie dye cropped sweater with ribbed sweat shorts. Chopra is seen taking a stroll on the streets of Spain. Priyanka looked refreshed as the light shone upon her face. She looks ahead and poses by a street pole. She keeps her face fuss free with no makeup and a tinted lip with her hair natural in a half up half down waves. She captioned the post with a musing, “If you’re not moving forward.. you fall back. #musings”

On the work front, Priyanka finished shooting for her upcoming film ‘Text for you’ co-starring Sam Heughan.  She has also been working on Amazon Prime’s spy series Citadel. She is currently shooting for the series and regularly updates her Instagram army with snaps from sets. Other projects include a rom com with Mindy Kaling, a biopic on Ma Anand Sheela, Matrix 4, an unscripted Amazon series tentatively called ‘Sangeet’ which she and her husband Nick Jonas will produce.