Actor Randeep Hooda who was last seen playing the antagonist Rana in Radhe: Your Most Wanted Bhai, was shooting for his web series Inspector Avinash when the lockdown happened. 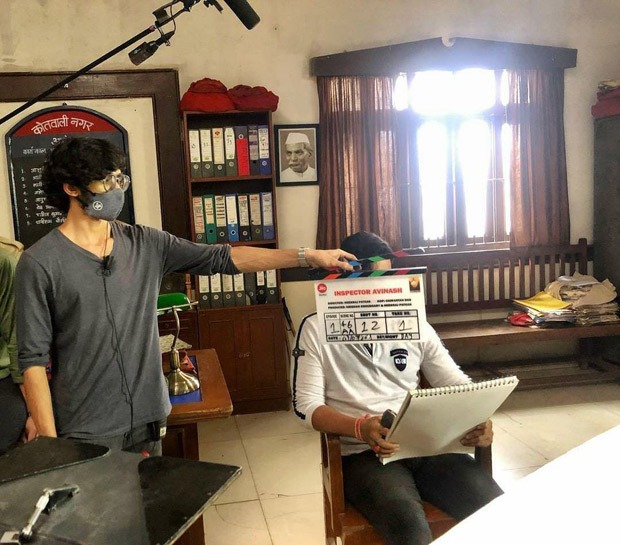 Now, with the lockdown being lifted and shootings resuming, the actor took to his social media handles to share a picture of him from the sets of Inspector Avinash, sharing that he has resumed shooting for the series. In the picture, Randeep’s face is seen covered with a clapperboard. His caption read, “The show must go on. 2nd schedule of #inspectoravinash begins.”

Inspector Avinash marks Randeep’s web series debut. It is a cop thriller based on UP super cop Avinash Mishra’s life. Randeep had shot for the series extensively last year in UP and Chambal until the lockdown was announced. Along with Randeep Hooda, Inspector Avinash also stars Amit Sial in an important role.