Tamil film superstar Ajith, fondly known as Thala by his fans has been spotted at the Chennai Rifle Club several times in the last couple of years. On Tuesday, he was seen practicing rifle shooting at the club. 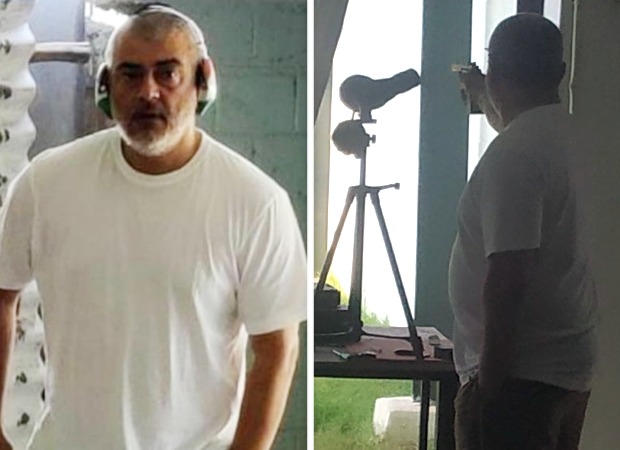 Ajith seems to have found himself a hobby in rifle shooting and is often spotted at the club. He has also taken part in State and National level rifle shooting competitions.

On Tuesday, when fans came to know that the superstar was in the club they arrived there to click pictures with him. Now pictures and videos of the star clicked by fans is going viral on social media.

Gang gang gangster ???? You will surrender

Yesterday seeing My Chief ????
My dream is fullfill for this movement thanks God????????
@ThalaFansTRL @TFC_mass@tn_ajith#ThalaAjith #AjithKumar #Thala pic.twitter.com/Bpyq4ftKLn

Meanwhile, Ajith’s fans have been eagerly waiting for an update on his next film Valimai and have constantly asked Boney Kapoor and other celebrities for an update. Ajith issued a press statement asking his fans to be patient and maintain dignity and decorum in public events. He promised that he and producer Boney Kapoor will discuss and share updates regarding Valimai as per their plan.