Please Like Us!!!
DesiGoogly > PICS: Abhishek Bachchan on the sets of the Hindi remake of Oththa Seruppu Size 7

In August this year, it was revealed that actor Abhishek Bachchan will be seen in the Hindi remake of the hit Tamil film Oththa Seruppu Size 7. The film is already on floors and the actor has already completed shooting a major portion of the film. 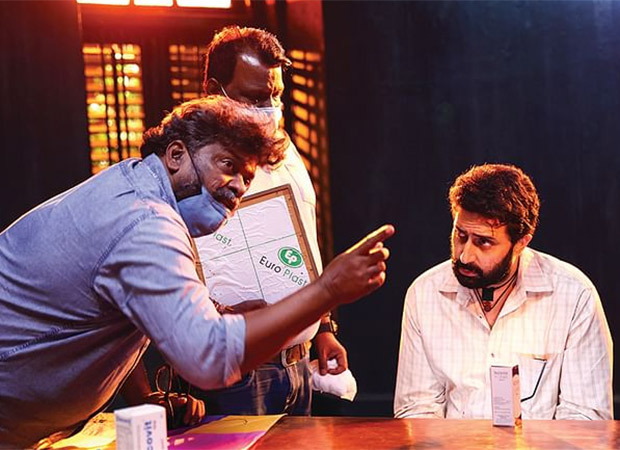 On Saturday, pictures of Abhishek Bachchan on the sets of the film were doing the rounds on social media. In the pictures, Abhishek is seen in a wrinkly old white shirt and black pants with a cast on his right hand. He is sitting in a wooden chair with a simple wooden table in front of him. Director Radhakrishna Parthiban, who also directed the original, is seen discussing the scene with Bachchan. 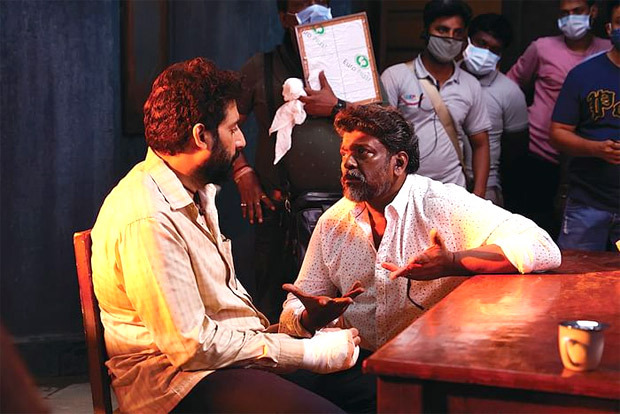 The critically acclaimed film, Oththa Seruppu Size 7 was written, directed, and produced by Parthiban. It is a single-character film and is an investigative thriller and the entire story unfolds in the interrogation room of a police station. Parthiban, himself, had portrayed the lead character in the original film.

Meanwhile, Abhishek is currently awaiting the release of his next, Bob Biswas. The trailer of the film was dropped on Friday and is being well received by the audience. The film is a spin-off of the successful crime thriller Kahaani directed by Sujoy Ghosh. Bob Biswas was first introduced as a cold-blooded murderer in the Vidya Balan starrer.

ALSO READ: Bob Biswas Trailer: Abhishek Bachchan as Bob Biswas is in a moral dilemma as he tries to regain his memory