Parth Samthaan is known for his charming personality and fashionable looks. He has been a youth icon for a very long time and when it comes to his fashion sense he stands out from the crowd. Recently, he carried another outfit that made many heads turn. 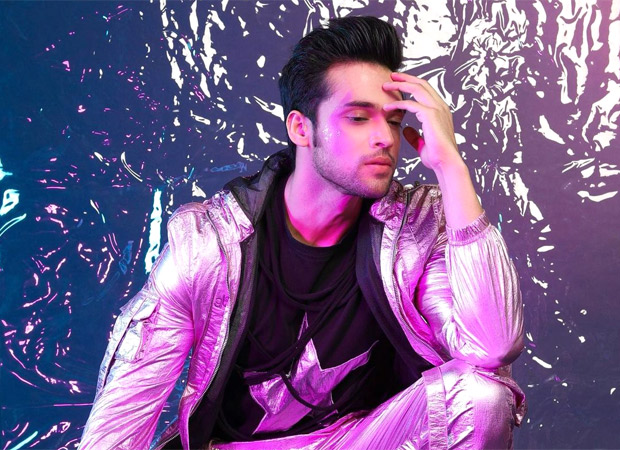 Parth was donning a silver metallic co-ord set comprising of jogger pants which had detailings of pockets and long laces. The co-ord set also has a jacket with the same detailing of laces and pockets in the arms. He completed the look with a black t-shirt having silver star print placed in the middle. He further accessorised his look with high rise shiny leather boots and black rings on his fingers. To add a cherry on the top, he even applied a silver highlighter on his face. With hair, Parth simply kept a subtle and on point wet look.

Completing his look, he made a chic down-sitting pose which brought overall charm to his attire. Parth shared the picture of the look on his Instagram handle and captioned it as “Let’s try something new,” and gave all the credentials to various people.