Please Like Us!!!
DesiGoogly > Oscars 2021: Bong Joon Ho, Joaquin Phoenix, Renée Zellweger, Brad Pitt among others to present at the Academy Awards

The 93rd Academy Awards’ presenters have been announced. After much delay due to the pandemic, the awards night takes place later this month as some of last year’s winners return as presenters. 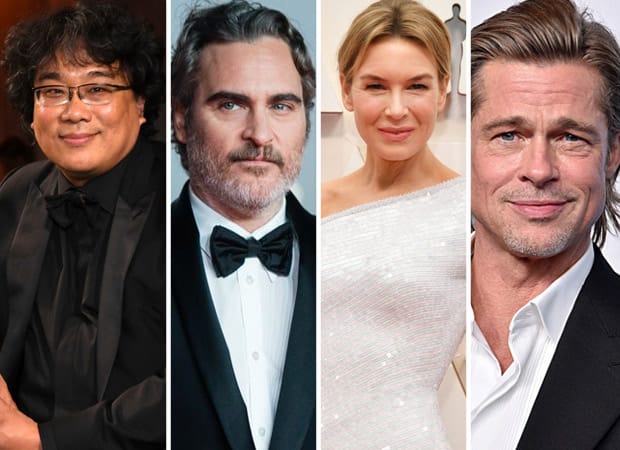 Riz Ahmed bagged the Best Actor nod for Sound Of Metal whereas Minari’s Steven Yeun became the first Asian-American to bag the nomination. Two women directors Chloé Zhao (Nomadland) and Emerald Fennell (Promising Young Woman) have been nominated making it the most women directors to be nominated in the category.

The 93rd Oscars will be held on Sunday, April 25, 2021, at Union Station Los Angeles and the Dolby Theatre at Hollywood & Highland Center in Hollywood, and international locations via satellite.