Please Like Us!!!
DesiGoogly > On Teacher’s Day, Taapsee Pannu thanks her Shabaash Mithu coach Nooshin Al Khadeer for bringing out the sportswoman in her

Taapsee Pannu had been prepping for the film Shabaash Mithu for quite some time now. The film is a biopic of Indian cricket captain Mithali Raj. This is the first time that the actress will be essaying the role of a cricketer on screen and for that, she has been undergoing intense prep to get the body language right. 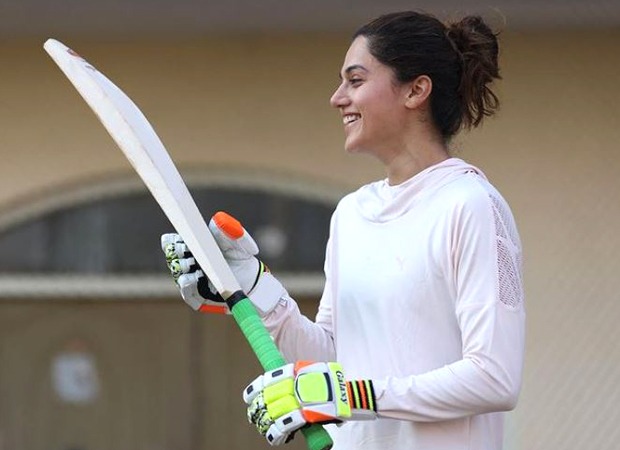 Taapsee has been training with coach Nooshin Al Khadeer who is also a former Indian cricketer. On the occasion of Teacher’s Day, Taapsee took to her social media handle to share a small video to thank her for bringing out the best in her.

“Behind every fearless player, there is a fearless coach! Thank you @NooshinKhadeer for bringing out the best in me! #HappyTeachersDay,” she captioned the post.

Produced by Viacom18 Studios, directed by Srijit Mukherji, and written by Priya Aven, Shabaash Mithu is the inspiring tale of the captain of the Indian Women’s Cricket Team, Mithali Raj. An inspiration to millions of young girls in the country, her life is now all set to be documented on the silver screen in this biopic.