Please Like Us!!!
DesiGoogly > “Oh no, I’m just very good at hiding my flaws”, says R Madhavan when a fan calls him her future husband

Actor R Madhavan seems to be aging backward as he always manages to give dapper vibes. He recently came across a fan who gave a huge compliment to him. He had posted a mirror selfie on Twitter and wrote, “Mumbai shoot… Feels great to be back on the floors.” Soon his fans were left drooling at his stunning looks and couldn’t stop themselves from praising the actor. 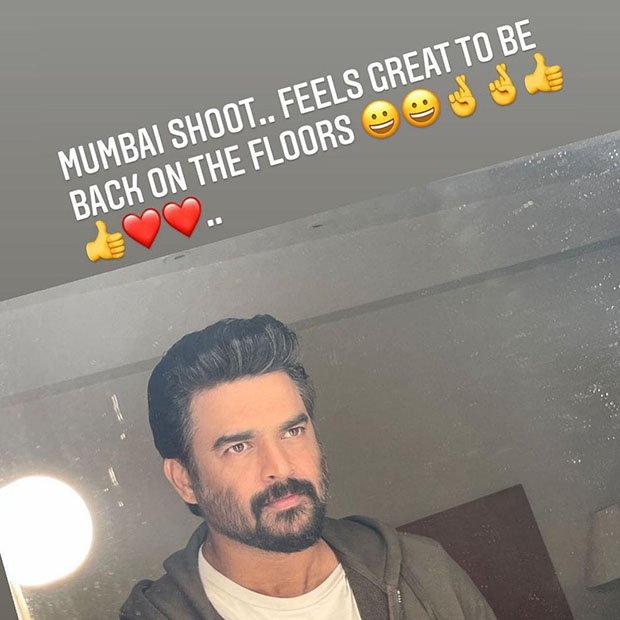 But one such comment which caught his eyes was when a fangirl commented, “See, I don’t like this, you’re too perfect Smiling face with heart-shaped eyes How would I even settle for a man anything lesser than this? Smiling face with heart-shaped eyes All the best, future husband. The 3 Idiots actor found the comment amusing and gave a hilarious reply saying, “Oh no I’m just very good at hiding my flaws… ha ha ha There are imperfections galore”.

The 51-year-old actor has done some flawless movies like 3 Idiots, Rehnaa Hai Terre Dil Mein, Rang De Basanti, Guru, Tanu Weds Manu, Tanu Weds Manu Returns, and Saala Khadoos. He has predominantly worked in Hindi, Tamil, and Kannada movies. His 2018 crime drama thriller Breathe: Into the Shadows on Amazon Prime Video was a masterpiece. Madhavan will next be seen in Rocketry: The Nambi Effect directed by himself, playing the character of Nambi Narayanan, a scientist and aerospace engineer of the ISRO.