Please Like Us!!!
DesiGoogly > Nora Fatehi raises temperature in latest snaps as she dons a bold look

Nora Fatehi is a style icon. She knows what suits her best and she dons that time and again to stun the netizens with her chic style and luxurious taste in fashion. 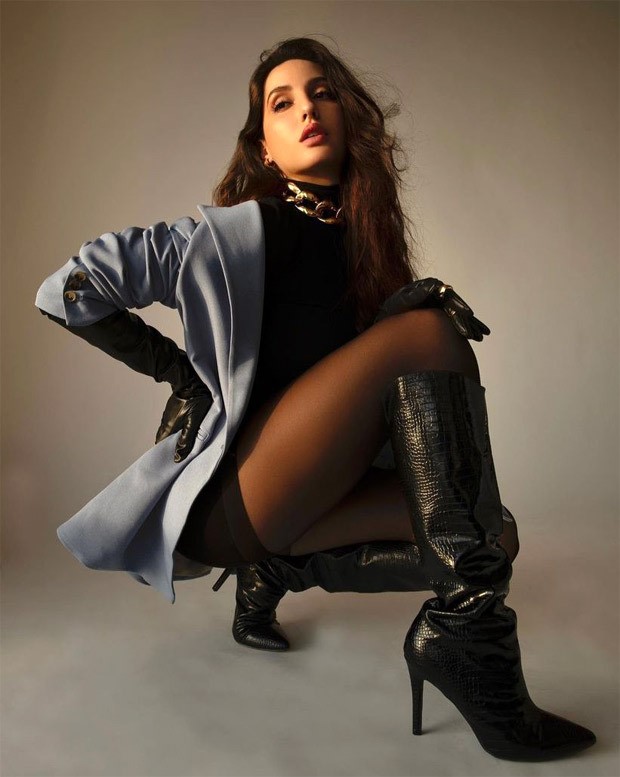 Nora Fatehi went bold and chic for her latest Instagram post. She stunned in the short black dress with a powder blue blazer, black netted stockings and a chunky gold chain. She paired it with knee high boots. Her makeup was smokey and highlighted cheeks. Her hair were in her signature curls. This look of Nora raised temperatures and made jaws drop. There is absolutely nothing that Nora can’t rock. 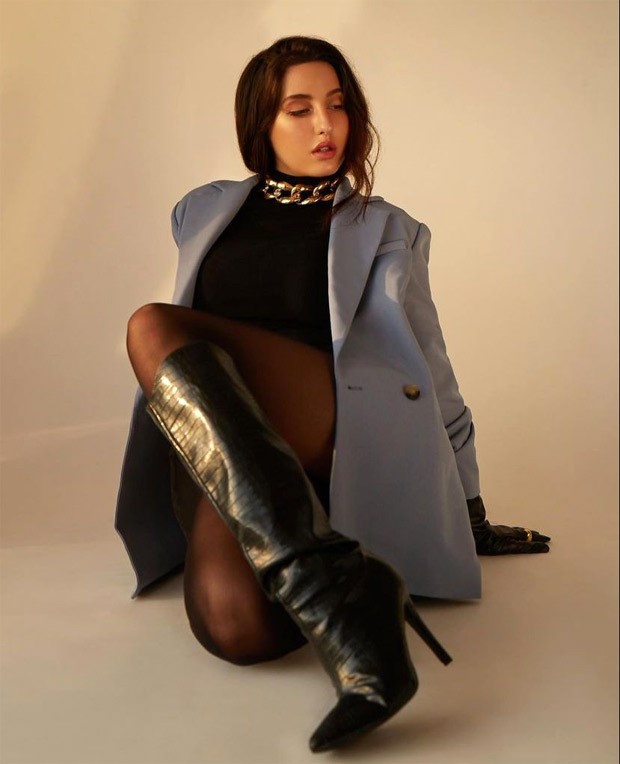 On the work front, she was last seen in the film Bhuj alongside Ajay Devgn which was released on Disney+Hotstar before Independence Day and is doing fairly well. The film also stars Sanjay Dutt, Sonakshi Sinha and Sharad Kelkar in pivotal roles. The film is helmed by Abhishek Dudhaiya and it revolves around the story of 300 women from Gujarat who played a significant role during the Indo-Pak war.