Please Like Us!!!
DesiGoogly > Nora Fatehi looks dreamy in a pink desi outfit

Nora Fatehi is the Queen of luxury, she keeps her styling simple and chic with a touch of luxurious oomph. She never fails to stun with her look, her Instagram is fire and so is her daily style. Nora is back to making desi appearances! She is the epitome of Poo bani Parvati and we’re living for it! 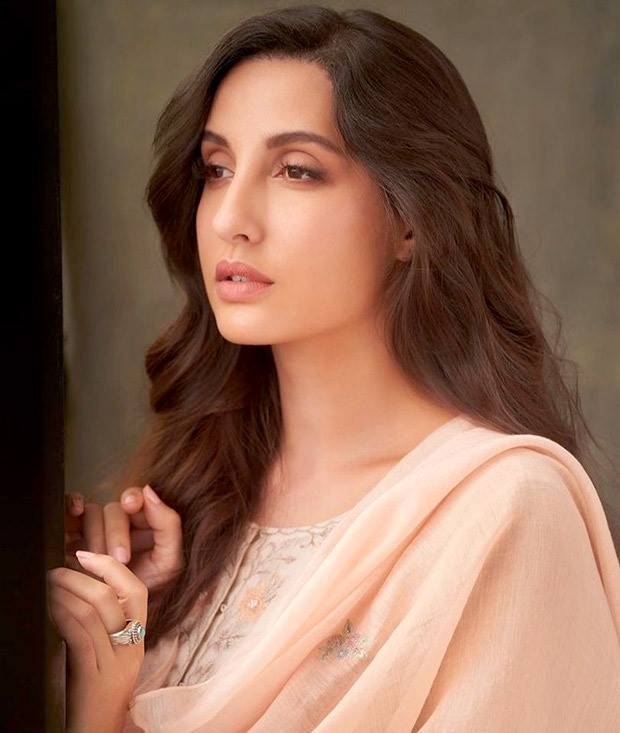 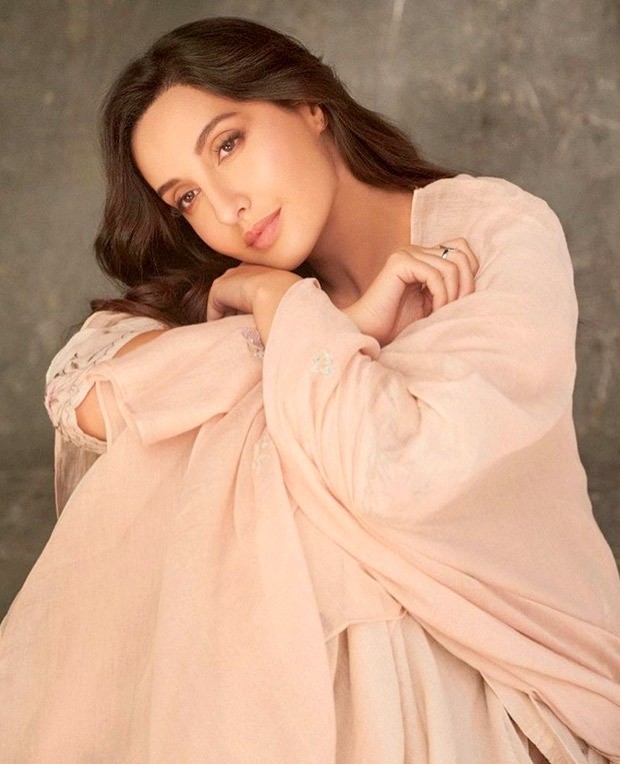 Nora looked ethereal in this blush pink set with light makeup, soft blush, shimmer undertones and her hair in her usual side partition with a bounce. Nora looked gorgeous in the latest pictures dropped and we cannot get enough of her desi glow. 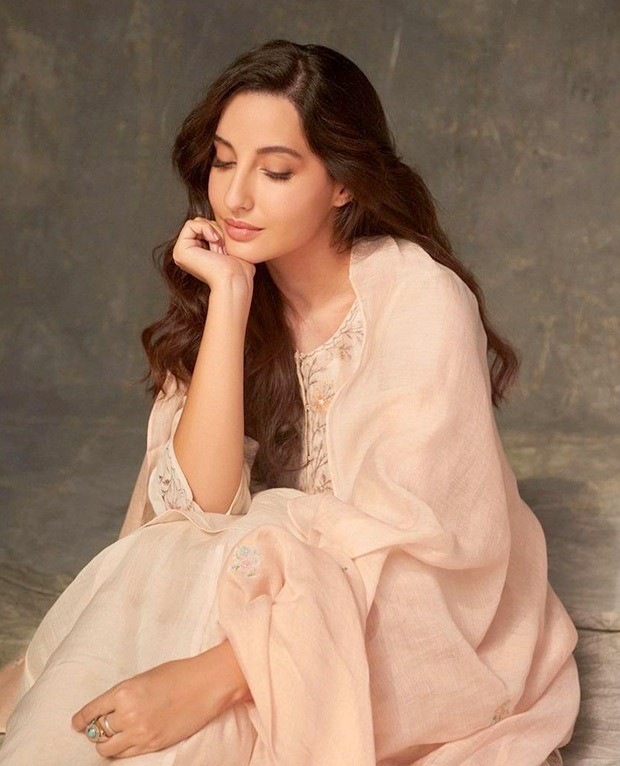 On the work front, she played the role of a spy opposite Ajay Devgn in the film, Bhuj: The Pride of India. The film also stars Sanjay Dutt, Sonakshi Sinha and Sharad Kelkar in pivotal roles. The film is helmed by Abhishek Dudhaiya and it revolves around the story of 300 women from Gujarat who played a significant role during the Indo-Pak war.

Also Read: Malaika Arora slays in a metallic outfit like an absolute boss