Please Like Us!!!
DesiGoogly > Nora Fatehi flaunts her midriff and long legs in a sea blue set

Nora Fatehi is slaying with her casual looks. Nora is the Queen of luxury. She keeps her styling simple and chic with a touch of luxurious oomph. She never fails to stun with her looks, her Instagram is fire and so is her daily style. 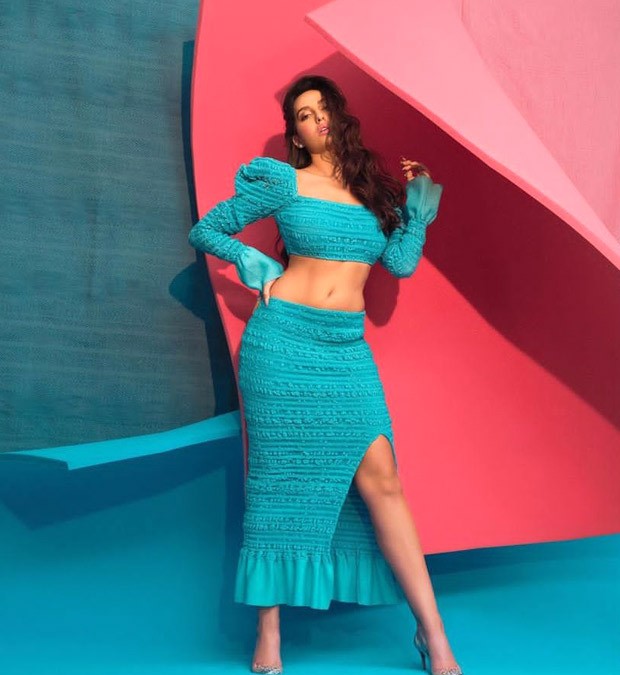 Nora Fatehi looked gorgeous as she recently donned a sea blue skirt and top set. She wore an off the shoulder balloon sleeve top with a smock detail that she paired with a midi slit skirt. Fatehi looked stunning as she showed off her midriff and long legs. She nailed the bright look and we are absolutely in awe of her style and her killer body.

On the work front, Nora played the role of a spy opposite Ajay Devgn in the film, Bhuj: The Pride of India. The film also stars Sanjay Dutt, Sonakshi Sinha and Sharad Kelkar in pivotal roles. The film is helmed by Abhishek Dudhaiya and it revolved around the story of 300 women from Gujarat who played a significant role during the Indo-Pak war. More recently, she set the screens on fire with her performance in the song ‘Kusu Kusu’ from Satyameva Jayate 2.