Please Like Us!!!
DesiGoogly > Nora Fatehi dazzles in desi attire with a Chanel bag worth Rs. 12 lakh

Nora is the Queen of luxury, she keeps her styling simple and chic with a touch of luxurious oomph. She never fails to stun with her look, her Instagram is fire and so is her daily style. Nora is back to making desi appearances! She is the epitome of Poo bani Parvati and we’re living for it! She’s back with daily desi outings, dropping some major fashion Inspo. 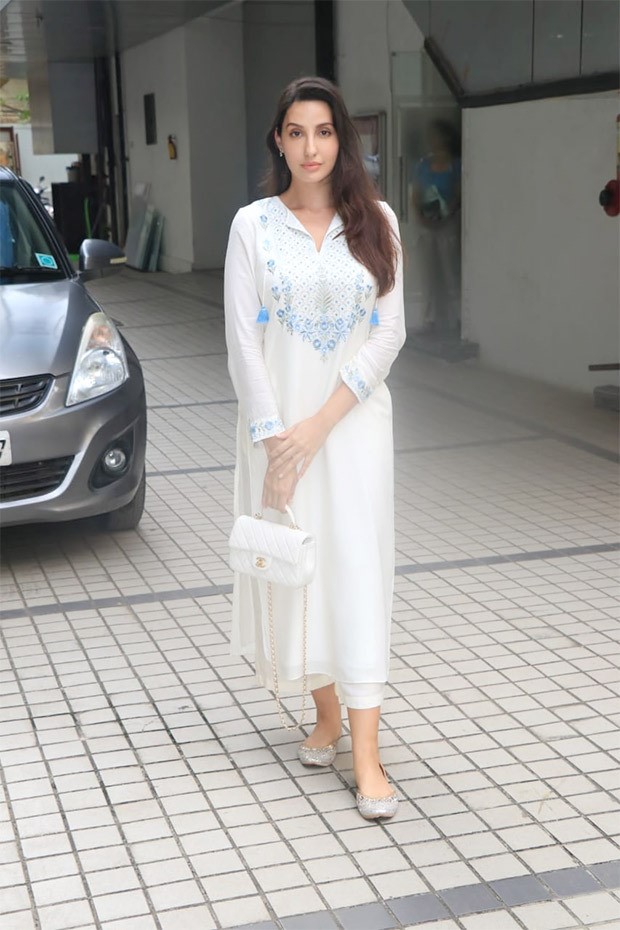 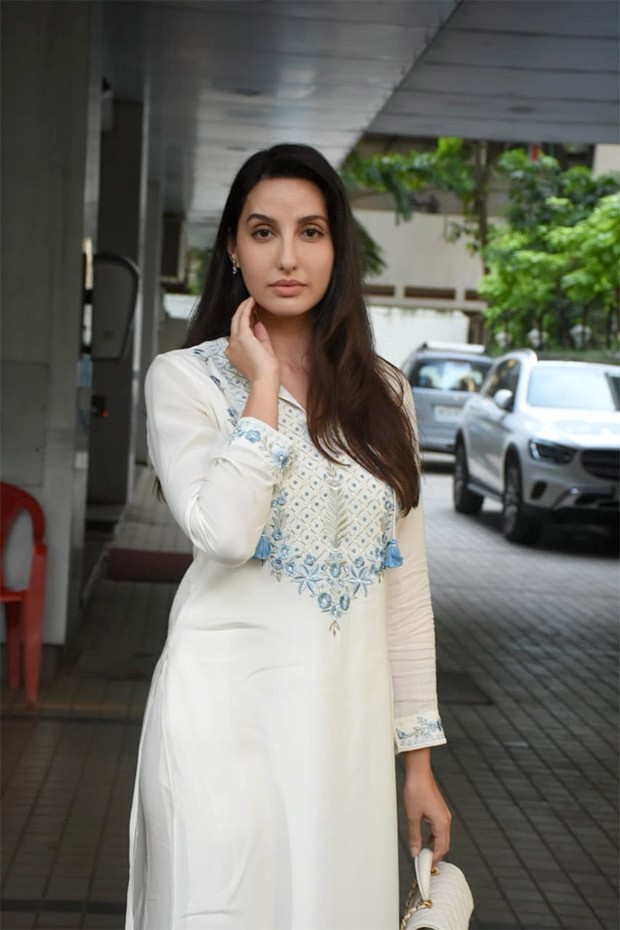 Nora Fatehi stepped out in a white salwar set with simple blue work with sari embroidery. Nora looked simple and pulled off the easy breezy look with her dazzling smile and glowing skin. Fatehi looked beautiful and added a white, quilted Chanel double flap crossbody bag that costs $16,066 that converts to a whopping Rs. 12,04,950 on Farfetch.com. 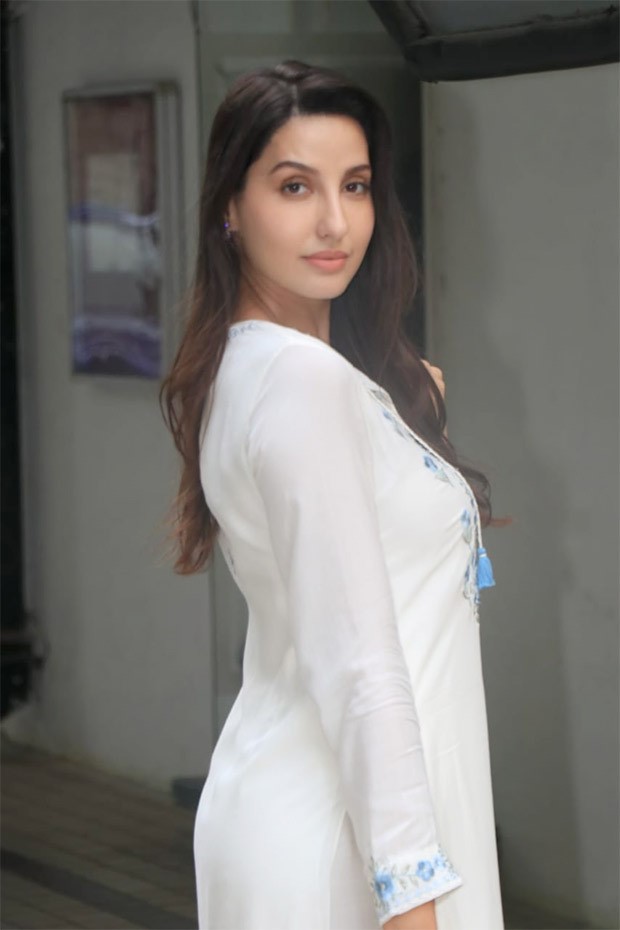 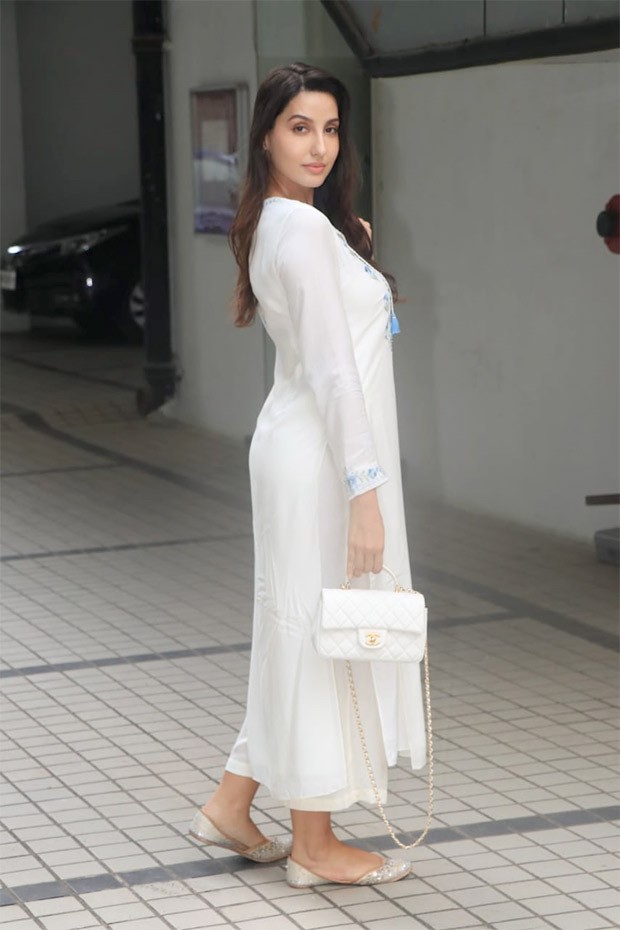 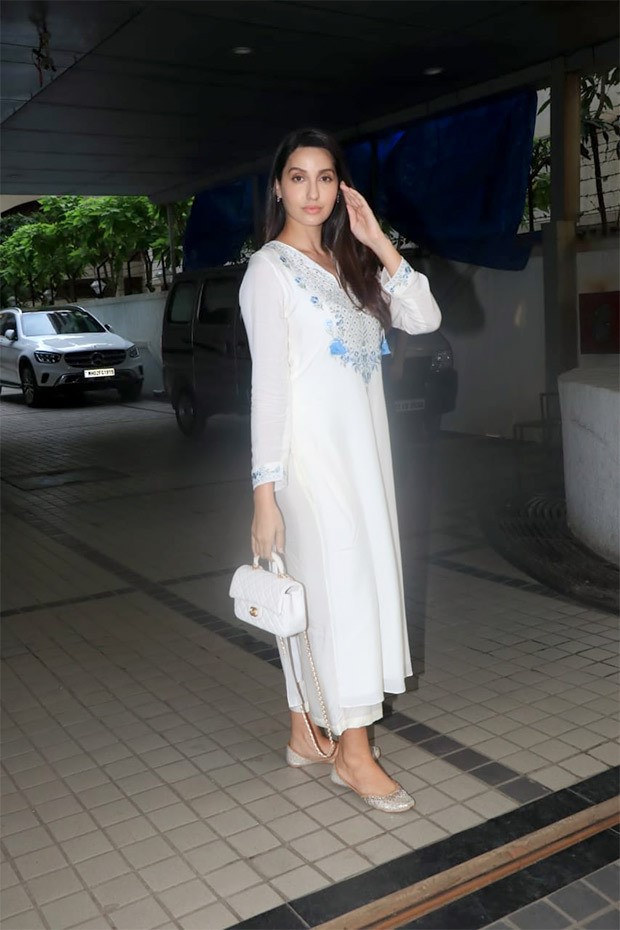 On the work front, she played the role of a spy opposite Ajay Devgn in the film, Bhuj: The Pride of India. The film also stars Sanjay Dutt, Sonakshi Sinha and Sharad Kelkar in pivotal roles. The film is helmed by Abhishek Dudhaiya and it revolves around the story of 300 women from Gujarat who played a significant role during the Indo-Pak war.