Keerthy Suresh and Nithiin are currently looking forward to the release of their upcoming film Rang De. Keerthy recently shared a BTS video in which she gets accidentally hit by Nithiin. 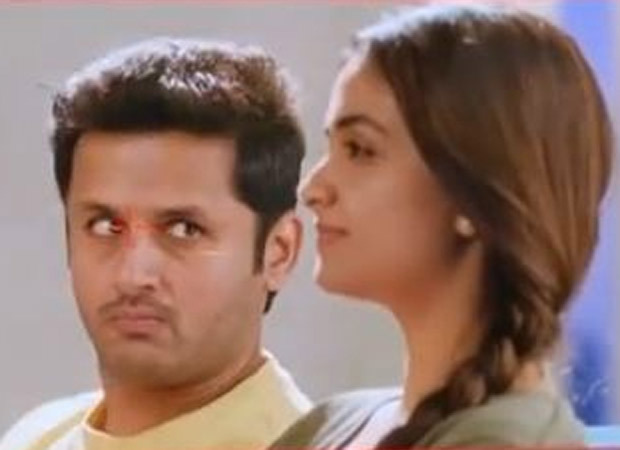 In the video shared by Keerthy both the actors can be seen sitting in front of a television. While Keerthy is hooked on to the TV, Nithin tries to punch her with boxing gloves and she acts as if she has fainted. However, during the scene while taking the remote away from Keerthy’s hand, Nithiin accidentally hits her nose.

Keerthy is seen rubbing her nose and then hits Nithiin back. “When a fake punch turns into a real one,” Keerthy captioned the post.

Directed by Venky Atluri, Rang De is a romantic film, which is slated for a grand release in theatres on March 26.Naresh, Kausalya, Rohini, Brahmaji, Vennela Kishore, Suhas and Vineeth are part of the supporting cast.