Please Like Us!!!
DesiGoogly > Nia Sharma sizzles in off-shoulder mini ruffle dress and pairs it with black pumps and handbag

Nia Sharma has impressed everyone with her sartorial style. The actress has been a known name in the Indian Television industry and has forayed into digital space as well. 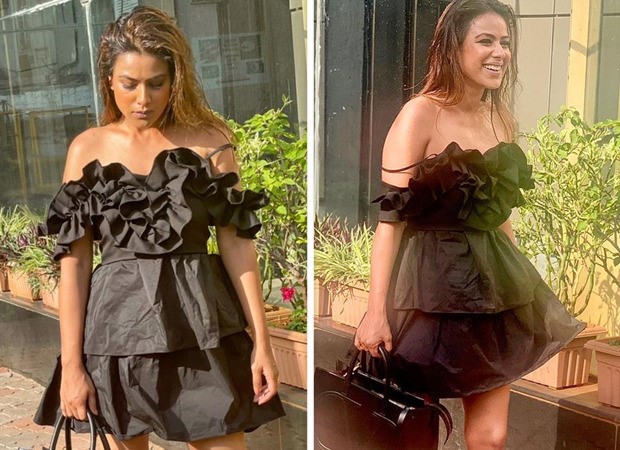 In her latest instagram post, Nia Sharma was seen dressed in a ruffle off-shoulder black dress. She was seen wearing white pointy pumps and a black Valentino tote bag. She was seen having lunch with her friends and co-star Ravi Dubey.

On the work front, Nia Sharma was seen in the reality show, Fear Factor: Khatron Ke Khiladi – Made In India. She was recently seen in the second season of Jamai 2.0 along with Ravi Dubey. She played the role of Roshni in the show.