Back in 2020, Italian actor Michele Morrone became the breakout star after his Netflix film 365 Days premiered on the streaming giant. The film surely caused a stir on social media but saw the rise of the star in no time. Now, the sexy star is the April cover star of Elle India magazine. 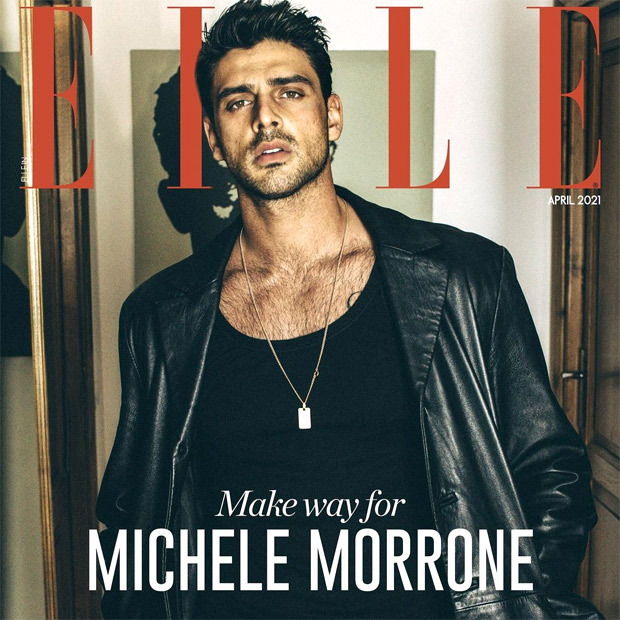 Gracing the cover with his sharp looks and personality, Michele Morrone dons a black tank top with a leather jacket and washed denims. He paired it up with a silver locket. He shared the cover on his Instagram along with the pictures from the photoshoot and wrote, “There we go!! on the cover of @elleindia . It’s an honor and I can’t wait to visit this beautiful and colorful country!!”

“I have always been this person who thought that by doing nothing I am wasting my time but I am unlearning that. Not doing anything is good. It’s like charging yourself,” said Michele about his newfound fame amid the pandemic while he was stuck at home like everybody else.

He fondly spoke about being a father to two children and said, “Well, it’s actually the most difficult job. My kids are seven and three years old, and they don’t know anything about life. They’re like sponges; they just absorb everything that you do and say. So, you have to be really, really, careful. The most important thing that I am teaching my kids is to have passion. I am not the kind of parent who would want to push them to be a doctor or a lawyer. I just want them to be passionate about what they do.”

365 Days, released in 2020, revolved around Massimo who is a member of the Sicilian Mafia family and Laura is a sales director. She does not expect that on a trip to Sicily trying to save her relationship, Massimo will kidnap her and give her 365 days to fall in love with him.