Please Like Us!!!
DesiGoogly > Neetu Kapoor wraps up the shoot of Jug Jugg Jeeyo; calls it a ‘wonderful experience’

Veteran ace actress Neetu Kapoor is all set to make her comeback in Bollywood with the film Jug Jug Jeyo. The film will star Kiara Advani, Varun Dhawan, Anil Kapoor and digital star Prajakta Koli. The cast and crew have been shooting for the film for the past 8-9 months in various locations. 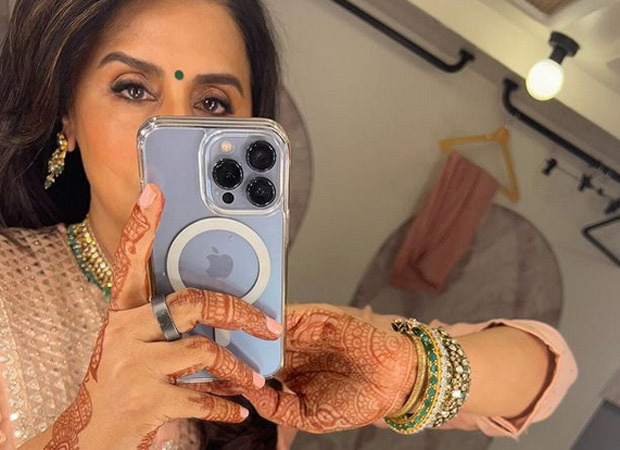 Now, Neetu Kapoor who plays a pivotal role in the film wrapped her part in the film. The actress took to her Instagram and informed everyone about the same. Sharing the same, Neetu shared a mirror selfie in which she can be seen sitting in her makeup room the actress looked absolute gorgeous in an embellished ethnic suit with bangles and statement jewellery. She complimented and finished her overall look with a green bindi.

Sharing the post, Neetu in the caption wrote, ”Finally wrapped #jugjuggjeeyo ???? was such a wonderful experience made some Lovly friends gained confidence which was so needed at that time .. this movie will always be very special ❤️????”.