Please Like Us!!!
DesiGoogly > NCT bring together a galaxy of music with ‘Universe’ – Album Review

South Korean group NCT made a stunning comeback as a whole group with their latest album Universe. The title for the album is an apt choice, for it encompasses each star in the NCT galaxy, and presents a beautiful picture of music and visuals. What makes it more special is that it features song from each subunit, and it concludes with a vibrant crossover track featuring all active NCT members. WayV members WinWin and Lucas, NCT’s China unit, are absent from this album. Universe was released on December 14, 2021. Let’s look at the album 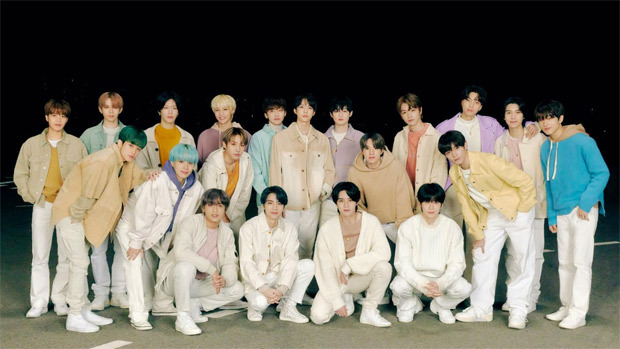 NEW AXIS
The NCT album opens with a classic hip-hop track. The trap beats and reverbs complement the rap verses superbly. The song is akin to the NCT style of music, with rapid beats and abrupt yet fast paced verses. Mark, Taeyong and Yangyang sang this track, with Mark participating in writing the lyrics.

UNIVERSE (Let’s Play Ball)
‘Universe’ is a typical NCT U song. The progression of beats from left to right before the first chorus, to a short sampling of acapella, to the layering of music and vocals seems haphazard at first. The mish mash of musical styles might not hit the mark with some, but upon a few plays the song grows on the listeners. This song is sung by Doyoung, Jungwoo, Mark, Xiaojun, Jeno, Haechan, Jaemin, Yangyang and Shotaro, with Mark also participated in writing the lyrics.

EARTHQUAKE
With ‘Earthquake‘, NCT 127 spin their magic that shakes the hearts. The erratic rhythms ranging from EDM to trap beats create a surreal musical effect. The subunit brings its flair of delivering hard core musical performances with ease.

OK!
‘OK!’ by members Taeyong, Yuta, Ten, Mark, Hendery, Jeno and Yangyang casts a delicious charm with OK! The mix of simplistic traditional instruments clubbed with bass-laden beats give the song a lazy and hazy vibe. The echo-like effect of ‘OK’ is an instant earworm.

BIRTHDAY PARTY
‘Birthday Party‘ is a suitable for a rather dramatic birthday party. The song is fast-paced, and the atmospheric musical transitions comes as a segue to the track. The robotic baby voice sprinkled in between sounds comical but it suits the crazy theme of this song. It is sung by members Johnny, Yuta, Jungwoo, Hendery, Jaemin, Shotaro, Chenle, JiJisung.

KNOW NOW
NCT seems to be eager than before to experiment with music. ‘Know Now‘ features more of vocals than the raps, and it feels nice for a change to listen more vocals from members Johnny, Yuta, Jungwoo, Hendery, Jaemin, Shotaro, Chenle and Jisung. The song, which is also co-written by member Mark, is a smooth R&B offering that reminds one of the early 2000s boy groups. The hook is addicting to listen, and the song can easily pass in the clubbing playlist.

DREAMING
‘Dreaming’ is akin to its name and the style of the subunit NCT Dream. The song is dreamy, it is atmospheric. The tap-tap-tap beats run consistently in the track, and it is as if the listener is transported back to the track every time. The song is an undoubtedly a great addition to a party playlist! 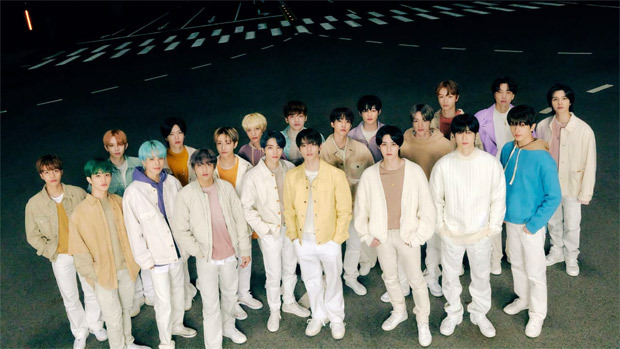 ROUND AND ROUND
The staccato EDM and trap beats in ‘Round and Round’ sung by Taeil, Ten, Jaehyun, Xiaojun, Haechan and Sungchancast a delicious glow on this hip-hop track. The vocal harmony in addition to the adlibs are pleasant to listen. The song is fit for a movie soundtrack, given the powerful presence of the music.

MIRACLE
‘Miracle’ presents a smooth influx of 90s R&B and hip-hop music. The subunit WayV brought back their finesse and seductive charm to this track. The song is groovy, it is funky, and it is pleasant to the ears.

VROOM
Despite being named ‘Vroom’ (after the car sound often associated with powerful electronic music and hip-hop), this song is paced at a mid-tempo range. It has a soft touch to it with fluid R&B music and lovely vocalization. What makes it more fun, is the addition of the rapid progressive bridge towards rap verse and a drop before the chorus verse. The song is sung by members Kun, Jaehyun, Jungwoo, Hendery, Shotaro, Chenle, Jisung.

SWEET DREAM
With piano tunes accentuating each verse, and layered vocals ‘Sweet Dream’ is a sweet and fluffy track. The song has everything one looks for in a romance song, with the dreamy lyrics to the soft vocals. The wavy R&B beats from are an instant earworm. This song is sung by Taeil, Kun, Jaehyun, Haechan and Chenle.

GOOD NIGHT
A hazy ballad from the start, Good Night by members Taeil, Doyoung, Xiaojun and Renjun is a track that will lull you to a beautiful sleep. The acoustic guitar riffs accentuate the soft vocals and cast a golden glow over the emotions portrayed in the song.

BEAUTIFUL
‘Beautiful’ serves as a delightful conclusion track for Universe. The track features all active members in some capacity, making the album a truly NCT offering. The song is all about hope and positive messages. The music rises with a rapid progression, the drum beats are a signal to rising music. The chorus is an instant energy booster – owing to the voices of all members singing in unison. Members Taeyong, Mark, Johnny, Jeno, and Hendery participated in writing the lyrics.

NCT’s Universe is a wonderful package which suits the tastes of different listeners. Be it R&B, or experimental music, the album has something for everyone. One can say that by far, Universe might just be one of the ambitious amalgamations of all NCT subunits, which delivered a starry affair of music, emotions and lyrics. The songs stand alone strongly reflecting the styles of each subunit, but when put together, they create a harmony that grows on the listener.

Also Read: BTS win Artist of the Year at AMAs 2021, enthrall with performances on ‘Butter’ and ‘My Universe’ with Coldplay