Please Like Us!!!
DesiGoogly > NCT 127 make uproarious comeback with ‘Sticker’ experimenting with newer sounds carving their own path – Album Review

South Korean group NCT 127 made a smashing comeback with their third album Sticker on September 17, 2021. The group’s music is synonymous with punk rock and experimental music. Since their debut in the K-Pop industry, the group has been making waves because of their distinct musical variety. Their latest music album Sticker, which comes right after their fifth anniversary, is no different. The group once again experimented with their music right from the opening and title track of the same name. The artists also dabbled into R&B genre with seemingly smooth tracks like ‘Road Trip’, ‘Dreamer’, and ‘Promise You.’ 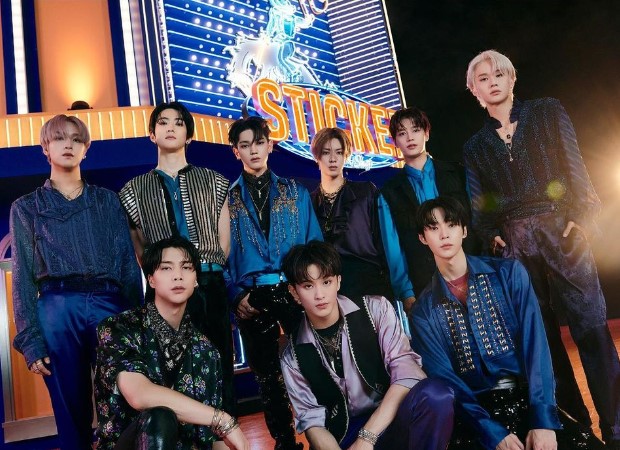 Let’s take a closer look at NCT 127’s Sticker and find out which track sticks the best!

STICKER
The song begins with the electronic tunes of a flute which is consistent throughout the track. Sticker’s verses begin with a rap, thus setting a tone for the rest of the track. The boys are dressed as cowboys in a futuristic city. The techno-bass and trap beats that run in the song give a mafia-like feel, as if it is edging close to danger. Taeyong’s “Sticker Sticker Sticker” is an oddly addicting phrase. Both, the vocal and rap line made stellar contributions to this track, but it was the rap line that stole the show with their addictive verses. Taeyong and Mark both wrote their own verses in Sticker. While the song has received mixed reactions, but NCT 127 has taken that plunge to experiment with a newer sound and that’s commendable.

LEMONADE
Another futuristic track from NCT 127, ‘Lemonade’ celebrates the group’s success and power. They made reference to their previous hits like ‘Fire Truck’, ‘Cherry Bomb’, and ‘Irregular’ pointing out the heights of their success. The boys use the lemonade to make an indirect reference to the phrase “when life gives you lemons, make lemonade”.  This song is more powerful than ‘Sticker’, because not only does the track pack a punch in the lyrics, but also the hip-hop music is fitting. The song builds up tension but drops a beat right at the chorus. This style brings more attention to the chorus which is the core of the song.

NCT 127 decided to make direct and indirect references with this album, it seems. After ‘Sticker’ and ‘Lemonade’, here we have one more track that uses the simple idea (here, of breakfast) to express a desire– “Don’t want nothing else / Let’s be together, breakfast in the morning / So our time doesn’t end, yeah, yeah.” The hip-hop and trap beats in ‘Breakfast’ go well with the lyrics.

FOCUS
Have you stared into the eyes of someone you love? Did it feel like staring into an endless ocean? NCT 127 captured this feeling into their track ‘Focus’. Departing from the techno-bass and trap beats, NCT 127 opted for groovy R&B music for this particular song. The group showcased a smooth and soft vocal harmonization in this track, especially when they sing “I’m excited because of you / Twenty-four, seven / The waves are rising / They climb up and cross the limits now.” The rap verses come as a leeway in the overall R&B track, thus adding a special touch.

THE RAINY NIGHT (내일의나에게)
Going ahead from ‘Focus’, we have one more R&B ballad to soothe our ears. ‘The Rainy Night’ is a sad and mellow ballad. The vocal line is featured in this track, and they compliment the soft music perfectly. The song flows in and out of vocal choruses just like a gentle stream that flows through the bends. The group uses the symbolism of rain to express the effect of a loved one on them, with lyrics like, “You become the rain / Endlessly pouring down on me / You become the wind / Blowing your way into my heart”

FAR
This is a track that does justice to its title. The group makes ample use of the space, and the galaxy to show their determination to go far and wide on the runway of their success –“A voyage with no hesitation, far away without end.” The electro-music makes a comeback with Far. The alternating synth beats in ‘Far’ add in to the feel of being in outer space.

BRING THE NOIZE
The title for ‘Bring the Noize’ is quite explanatory for what to expect in the track. It is a loud and noisy track, just like ‘Sticker’. The future house music begins with disjoint beats as if some pots and pans are clashing. Rap line takes lead here once again and makes use of ample car and driving references to showcase the speed at which they are moving ahead in their life and career. From actually singing vroom vroom to singing “This is the beginning, one, two, three / Got no limits, we’ve been / We going sonic / Keep on going, we get faster / We don’t have even a second of time”, NCT 127 made it crystal clear that they are on a runway to success and no one can stop them.

MAGIC CARPET RIDE
NCT 127 plays into the imagery of a flying carpet as shown in Disney’s Aladdin. From speaking about the jasmine scent to mentioning the white curtains, NCT 127 paints a dreamy picture with Magic Carpet Ride. The melodious verses like – “We can fly tonight, fly tonight / Veiled with this miracle-like night / Everything comes true” – create a fantastical image in the listener’s mind. The combination of R&B and ballad present a soothing listen.

ROAD TRIP
A song that will sing to every listener’s heart, ‘Road Trip’ is a funky and smooth vocal number. The song encapsulates each moment of being on a road trip, right from the external elements like the wind and nature, to the internal elements like the feeling of freedom and peace. It spins a web of magic right from the opening verse with lines like “Thousands of miles / Nothing is decided / Lead by our hearts / Let’s not stop, let’s go anywhere, road trip.” The track has an indie-music feel to it, and it can definitely serve as the soundtrack for your next roar trip vlog!

DREAMER
‘Dreamer’ is a league apart from the previous 9 tracks. The funky jazzy number will make you want to dress up in a sleek outfit and dance to the retro tunes. The song is a celebration of happiness and life. The saxophone beats matched with lyrics like “Forget everything and have fun / I’m your dreamer, dreamer, dreamer” create a joyous atmosphere. The song is bound to uplift your mood from the moment it begins playing. A retro-themed music video for ‘Dreamer’ would be a cherry on the cake!

PROMISE YOU (다시만나는날)
‘Promise You’  is another ballad offering from NCT 127. The music of Promise You transports the listener to a magical land of hope and promise clubbed with lyrics like “Oh, I promise you, on the day we meet again/I will hug you, and more than saying just a single word/Even if I cry out of joy”. The song is bittersweet but ends with an upbeat and optimistic note.

The group’s music has always been divisive, but there is always a little something for different listeners in their B-side tracks. In Sticker, NCT 127 worked around their vocal and rap specialties and produced music that either subdue the listener in its magic or make the listener get up and bounce. Although the album began with a loud and experimental track like ‘Sticker’, it soon found its way to the softer tunes of ‘Promise You.’