Please Like Us!!!
DesiGoogly > “My baby girl”, says Raveena Tandon as her daughter Rasha clears IGCSE with flying colors

Actress Raveena Tandon is on cloud nine after her daughter as she clears her IGCSE (International General Certificate of Secondary Education) with flying colors. The elated mother took to her Instagram handle and posted a picture showcasing her daughter’s achievement. She uploaded her mark sheet and captioned it, “My A ⭐️baby girl”. She also uploaded a video of her daughter Rasha rejoicing and dancing on her great deed. 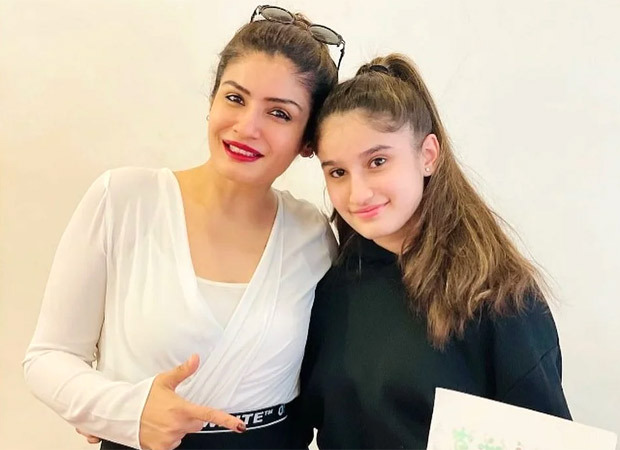 Rasha is very talented and this is not the first time she made her mother proud. A few months back she earned a black belt in Korean martial art Taekwondo. Raveena was very excited about her daughter becoming a black belt and beamed with joy. Collegues and B-town associates like Farah Khan, Bhavna Pandey, and designer Jayanthi Ballal also congratulated Rasha and commented appreciative words for her.

Raveena and her husband Anil Thadani adopted two girls at a very young age and named them Chaya and Pooja Tandon. They also have daughter Rasha and son Ranbirvardhan out of wedlock. Workwise Raveena Tandon will next be seen in the Kannada version of K.G.F: Chapter 2 opposite Yash, Sanjay Dutt, Srinidhi Shetty, and Prakash Raj. The Tip Tip Barsa Pani actress has also joined as a judge on Colors’ dancing reality show Dance Deewane 3.