Please Like Us!!!
DesiGoogly > MONSTA X compels in ‘Gambler’ teaser ahead of ‘One Of A Kind’ album release on June 1

South Korean powerhouse group MONSTA X is set for their comeback. After their third full-length album ‘Fatal Love’, the group will release their next mini-album ‘One Of A Kind’. Following a series of individual and group teaser photos, on Sunday, MONSTA X released the second teaser of the title track ‘Gambler’. 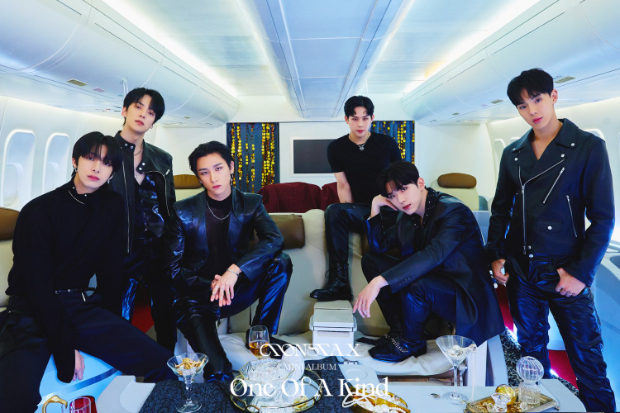 On May 30, MONSTA X’s second teaser shows Shownu, Minhyuk, Kihyun, Hyungwon, Joohoney, and I.M enter a room, fully guarded by their bodyguards. Dressed in sharp black suits, the six members arrive in a private casino-style room by showing their fierce gaze, ready to tackle the situation. You also witness Minhyuk and Kihyun at loggerheads in the scene.

MONSTA X released their third full-length album ‘Fatal Love’ on November 1, 2021, along with the title track ‘Love Killa’. The group’s members released their solo work in the past year and even had an eventful year with many accolades. They recently made their Japanese come back with ‘Wanted’.

ALSO READ: MONSTA X drops alluring ‘Gambler’ teaser ahead of ‘One Of A Kind’ album release on June 1