Netflix megahit Spanish series Money Heist will come to a close with season 5. The filming has wrapped up with emotional posts coming in from the stars of the series.  Money Heist’s Úrsula Corberó, who plays Tokyo in the series, shared a series of memories with her co-stars and a picture of herself in tears as they wrapped the final season. 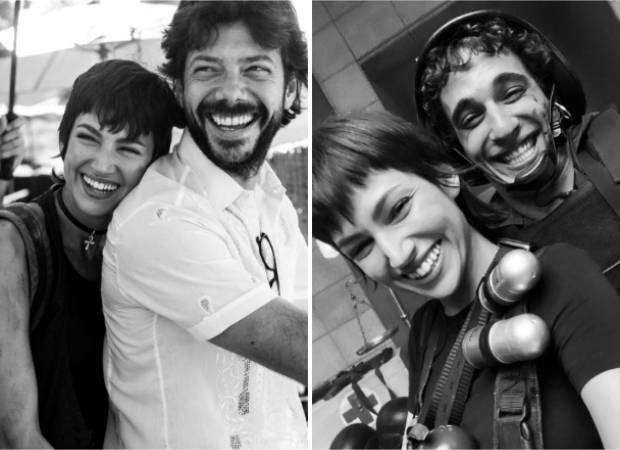 Úrsula Corberó shared pictures with Álvaro Morte, Miguel Herrán, Alba Flores, Jaime Lorente, Pedro Alonso, Esther Acebo, Paco Tous among others. She captioned the post, “The end has come. What a journey. I’m gonna miss my fellas so hard. Thanks for all your love and support, I hope we made the final season you all deserve. Jarana forever #MoneyHeist.”

Co-creator and director Jesús Colmenar penned a note of gratitude after wrapping the final season. He wrote in Spanish, “Emotional and physical hangover. Yesterday, after almost three years, the filming of La Casa de Papel ended, the most brutal, most intense, and most beautiful film experience on a professional and personal level that I have ever experienced.”

“Technical and artistic team we have gone hand in hand in a battle (sometimes literal) from which I only take positive things. Surrounded by the best team in the world, unparalleled actors and actresses, a figure to take off his hat, and a crazy desire to learn and improve himself every day, he would repeat forever. The professional quality of all the departments and casting is undeniable, but what makes this brutal is the human quality that I have encountered. You are all very big, giants. Not in the best of dreams would I have felt so comfortable and clothed. What I take with me is incredible. THANK YOU. ❤️❤️❤️ And thanks to @vancouvermediaproducciones and especially @jesus_colmenar, @migueamoedo and @ titi231313, for trusting me and letting me be part of their family,” he wrote.

In the final season, two new cast members have been added to the final season of the Spanish juggernaut – Miguel Ángel Silvestre from Sense8, and Patrick Criad. The final 10 episodes will also tell the story of Denver’s childhood friend Manila played by Belén Cuesta.