Please Like Us!!!
DesiGoogly > Malaika Arora shares cuddly photo with Arjun Kapoor, calls him ‘sunshine’ on his birthday

Malaika Arora has wished her boyfriend, actor Arjun Kapoor on his 36th birthday, today. She shared an unseen picture with her beau and it seems to be taken during one of their vacations. 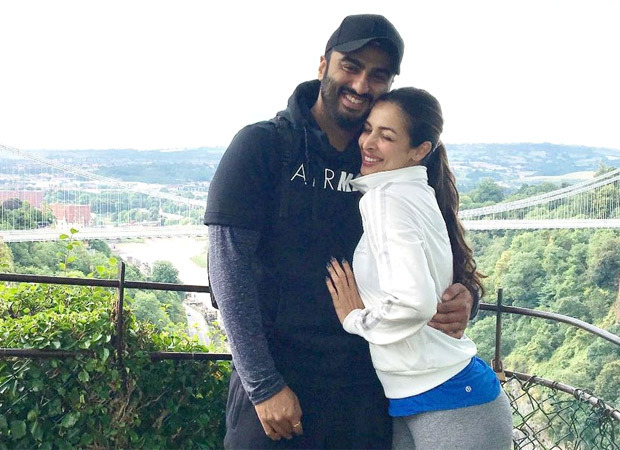 In the picture, Arjun Kapoor is donning a grey sweatshirt and shorts with a cap. Malaika Arora is wearing grey leggings along with a blue tank top with a white jacket. She is seen hugging him as they look happy in the picture. Sharing the photo on Instagram, Malaika Arora wrote, “Happy birthday my sunshine…. @arjunkapoor”. Arjun’s cousins Sonam Kapoor and Rhea Kapoor dropped a few heart emojis in the comments of the post.

Malaika Arora and Arjun Kapoor went public with their relationship in 2019. Since then, they have made several appearances during their dinner dates and outings. Though it is rare, they post pictures with each other on social media.