Please Like Us!!!
DesiGoogly > Malaika Arora flaunts her ‘beach bum’ in this throwback picture

Malaika Arora is quite active on social media and often shares pictures of herself from her vacations, her workout videos and occasionally glimpses with her beau Arjun Kapoor. On Friday, Malaika shared a throwback picture from her beach vacation. 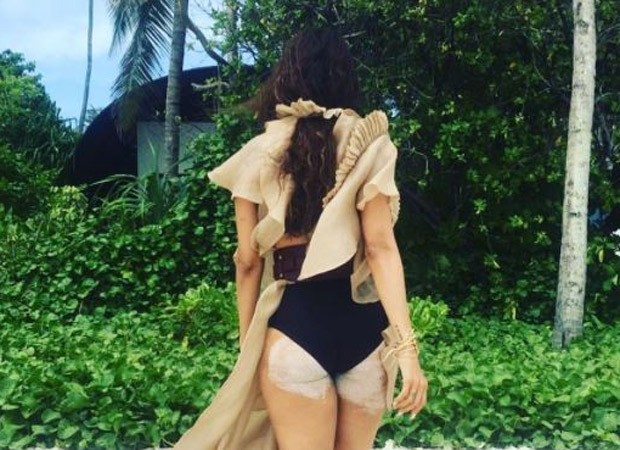 In the picture shared by Malaika, she is seen wearing a black beachwear and a beige shrug. The actress is seen posing with her back facing the camera. Sharing the picture, she wrote, “”Beach bum”. Reacting to the picture, Malaika’s sister Amrita Arora and Arjun Rampal’s girlfriend, Gabriella Demetriades dropped several fire emoticons in the comment section.

Meanwhile, Malaika often makes headlines for her relationship with Arjun Kapoor and the duo is often spotted in the city together.

On the work front, Malaika was last seen as one of the judges on a dance reality show with Terence Lewis and Geeta Kapur. She even had a guest appearance on the Netflix web series Fabulous Lives of Bollywood Wives starring Maheep Kapoor, Bhavana Pandey, Seema Khan and Neelam Kothari.