Please Like Us!!!
DesiGoogly > Making Aditya Srivastava the perfect cop for Haseen Dillruba

Aditya Srivastava, who perfected the art of playing a cop on the iconic show CID, is back donning the khakis. In the reel world, his slaps have made serial killers cry out all their crimes. His bullets have cut through trees, trains, and traffic to hit the gangsters they’re after. For years, all investigators and their first cousins have treated him as their role model, and the Gen-Z has found in him their fountain of memes. In the upcoming Netflix thriller, Haseen Dillruba, Aditya plays a cop of great conviction, exceptional guts but very low self-esteem. For when he’s not busy chasing rogue criminals, he can be found chasing his supervisor’s validation. Set in a small town, the movie begins with a blast that kills a young engineer, with a case of murder landing on Aditya’s lap. 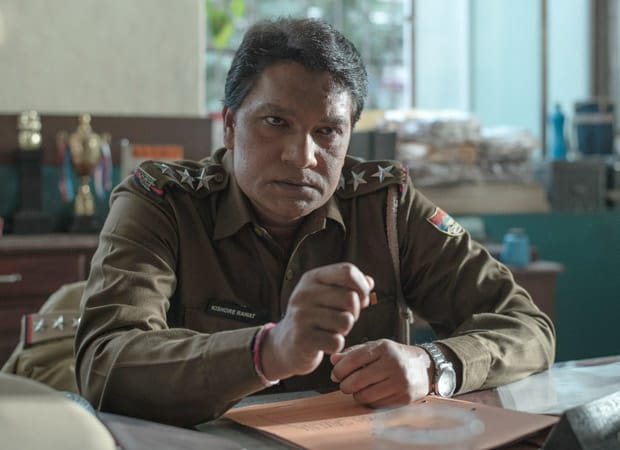 While he was initially skeptical of playing yet another perfect cop, Aditya took the character and made it his own. Onset, he could be found randomly pointing finger guns at spot dadas, as he’d improvise and warm-up for his performance. Talking about his experience working with him, director Vinil Mathew said, “We have always seen Aditya Srivastav as the tough cop, but here we see him trying to play a toughie but failing miserably. It is interesting to see him get frustrated and helpless beneath the veneer of a super cop. Aditya Sir was quite the sport in playing this imperfect, flawed and layered role and improvised a lot with quirky renditions complete with his trademark humour. He is also a dream to work with – supremely talented, focused, and humble. With all the madness going on in the set, he would be that one calming factor.”

With a woman whose heart longs to live like words captured in a novel, entangled in the murder of her own husband, Netflix’s upcoming thriller promises lust, obsession, and deceit. The entertainer is all set to release on the platform on 2nd July. Bringing together some of the finest talent from the country, the film is produced by T Series and Colour Yellow Productions, directed by Vinil Mathew – set to release on 2nd July, 2021 only on Netflix. The talented cast comprises Taapsee Pannu, Vikrant Massey, Harshvardhan Rane, and Aditya Srivastava.