Please Like Us!!!
DesiGoogly > Mahira Khan sets major bridal goals as she slays like a true fashionista in her latest photoshoot

Pakistani beauty Mahira Khan looks ethereal in her new photoshoot for designer Faiza Saqlain. Mahira Khan can be seen wearing elaborate wedding lehengas in a series of photos shared by both the designer and Mahira Khan. 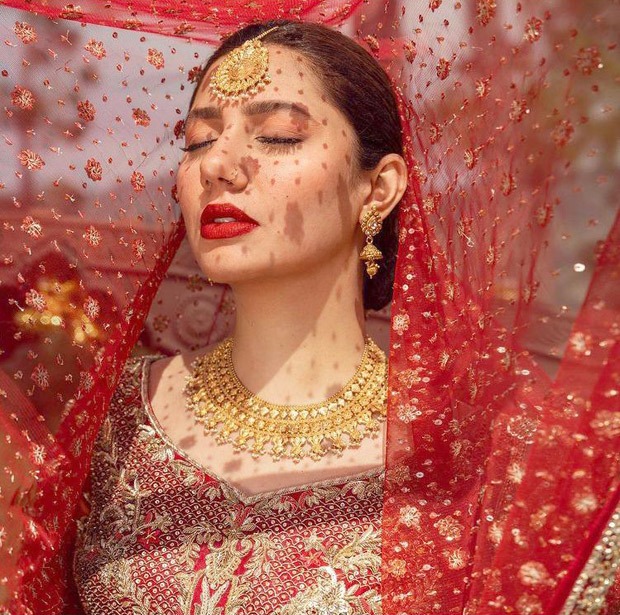 The most captivating image is of Mahira sitting in the palanquin with her face hidden behind a veil. The red lehenga was embellished with zardozi, dabka, and naqshi work, as well as sequins and resham. The actress styled the outfit with gold jewellery set, featuring a gold choker matching pair of earrings and mangtika. She finished up her look with subtle glam makeup with hair tied in a sleeky bun as she channels bride vibes for the shoot. 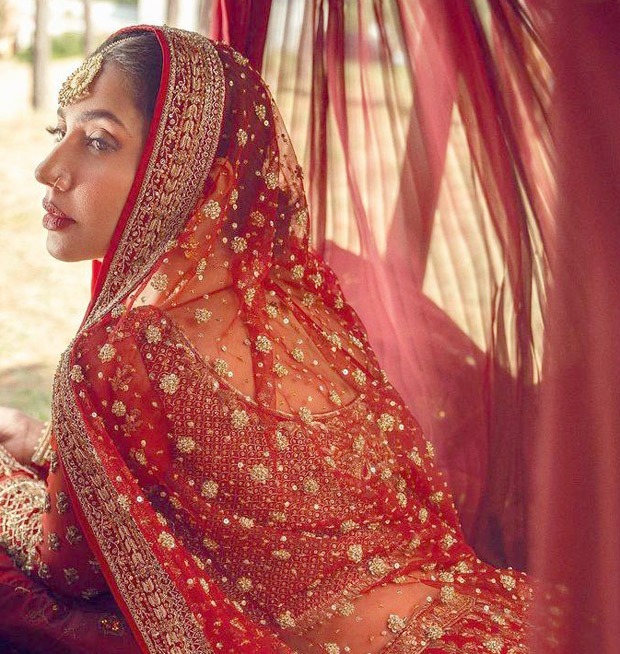 On the work front, the actress is all set to hit the Indian screens again with her new web series which is most likely to be released on ZEE5 premium.