Actors Mahhi Vij and Jay Bhanushali are one of the most adored and celebrated couples of Telly Town. The duo is known for its fun banter and sweet and tangy chemistry. The couple is also very active on social media especially Instagram and keeps sharing glimpses of their daily life. 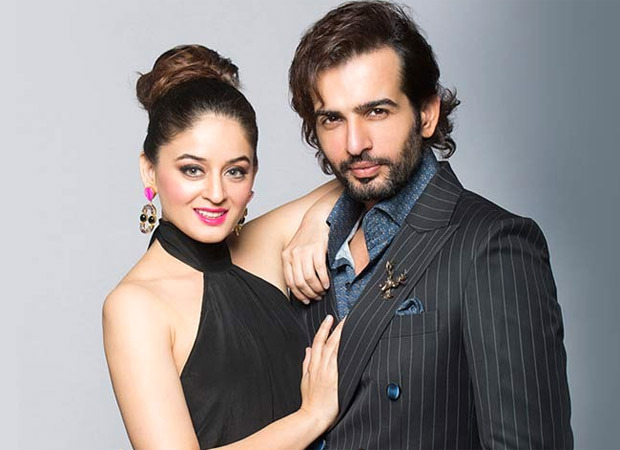 Recently, in a video posted by Jay Bhanushali on his Instagram story, he revealed that he’s been blocked by Mahhi. It all started when Jay posted an adorable family picture with Mahhi and their daughter Tara. Sharing it, he captioned the picture as, “Family”. The picture was very much adored by the fans however, it didn’t suit Mahhi as she thinks she look heavy in it.

In the video, Jay can be seen talking to the fans and saying Mahhi has blocked him. To which Mahhi replies that he always posts pictures with her where she doesn’t look good and she is upset with that fact. Later on, Jay also expressed his helplessness of being blocked by his wife. He also mocks Mahhi and mentioned how things would have been different if the vice-versa would have happened. Seeing annoyed Mahhi, Jay gives hilarious expressions and describes how Mahhi would have accused him of loving her less and having another woman in life.

Taking the funny argument ahead, Maahi asks Jay to go have an affair so that she could get rid of him. Jay also sends a flirty invite to the girls after this. In the end, Jay also urges his fans to DM Mahhi on her Instagram and request her to unblock him.

Also Read: Shweta Tiwari’s daughter Palak Tiwari is taking a street-style look to the next level