Please Like Us!!!
DesiGoogly > Madhuri Dixit hilariously turns judge for Rohit Shetty; gets him kisses from Bharti Singh as punishment 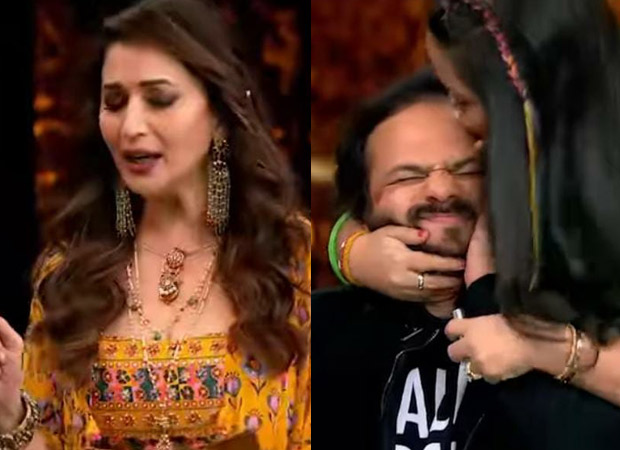 All of them will be seen having a great time with the contestants, judges Madhuri Dixit, Tushar Kalia and Dharmesh Yelande and also host Bharti Singh and Harsh Limbachiyaa. While recently in one of the promos shared by Colors Tv on their official Instagram handle we could witness an epic moment taking place on the show.

The video features Madhuri Dixit stepping into Rohit Shetty’s shoes and doing his patent quiz. Meanwhile stepping into the contestant chair will be Rohit Shetty himself. Madhuri will be seen asking some hilarious questions to the filmmaker and upon wrong answers, he gets kisses from comedian Bharti Singh. Seeing the hilarious act, everyone including the contestants and judges was left in splits.