Please Like Us!!!
DesiGoogly > Lisa Haydon flaunts her baby bump in latest picture; jokes it’s the pizza she has been eating

Actor Lisa Haydon will be welcoming her third child this June. Ahead of the baby’s arrival, Lisa shared fresh picture of her baby bump. She also joked about whether the bump is a result of all the food she has been eating or whether it is a baby growing inside her. 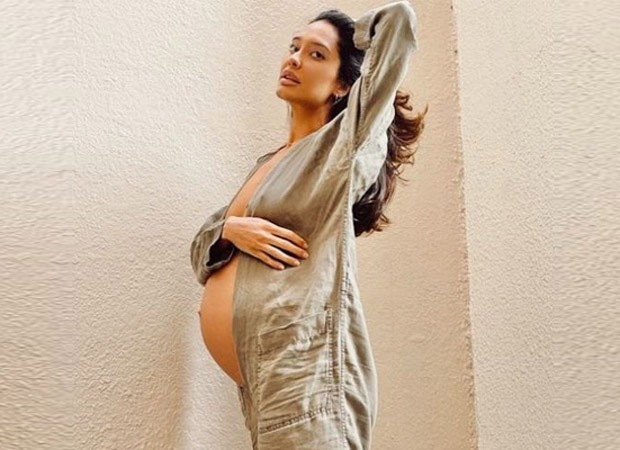 Sharing the picture, she wrote: “Sometimes I’m not sure how much is really baby growing and how much is croissant/pizza.” The picture showed her in a grey jumpsuit with her belly uncovered.

Lisa had announced her third pregnancy with a video post. “#3 Coming this June,” she captioned the post. In the video, the actress is heard saying that she wants to share something with her followers when her three-year-old son Zack enters the frame. “What is inside mummy’s tummy, Zack?” Lisa asked him, to which he replied, “Baby sister”.

Lisa got married to British businessman Dino Lalvani in 2016 and welcomed their son Zack in 2017 and their second son Leo a few years later.

ALSO READ: Lisa Haydon flaunts her third baby bump in a bikini as she poses on a beach