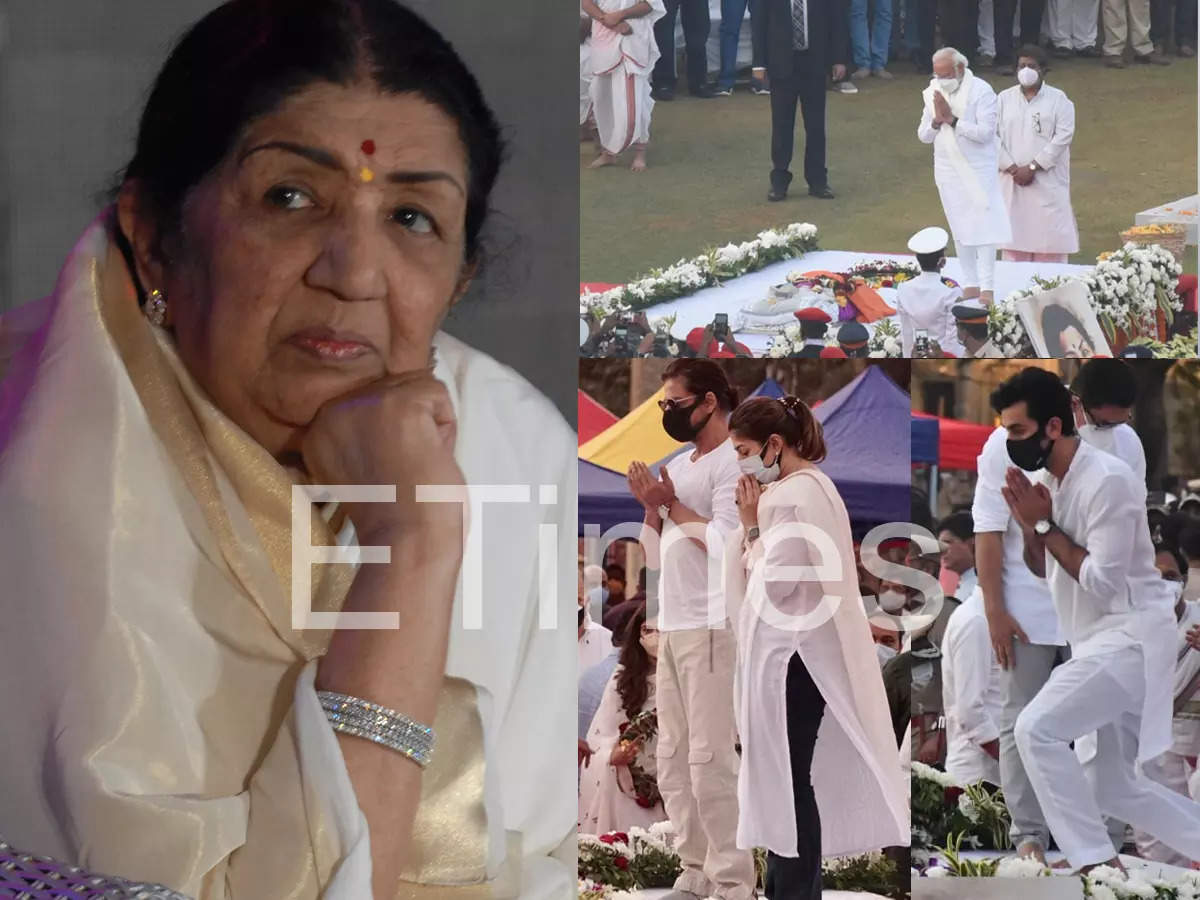 Shah Rukh Khan Attend Lata Funeral: The nation was mourning, social media was brimming with emotions and a sea of teary fans bid adieu to Lata Mangeshkar. The legend breathed her last at the age of 92 at the Breach Candy Hospital in Mumbai on February 6. She was cremated at Shivaji Park in Mumbai, in the presence of fans, family, celebrities and politicians. She was cremated with full state honours. The Government of India also announced two days of State morning as a mark of respect. During State mourning, the National Flag will be flown at half-mast from Feb 6 to 7 throughout India.