On Monday morning, the city of Mumbai was hit by Cyclone Tauktae and all were advised to not step outside the house. Soha Ali Khan was shooting a video from her terrace capturing the after-effects of the cyclone when Kunal Kemmu enters the frame and does an impromptu performance on a song from Tezaab that featured Anil Kapoor. 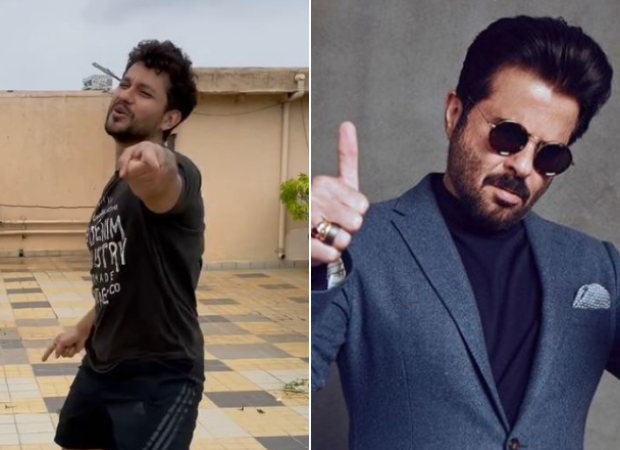 In the video shared by Kunal Kemmu, he is seen singing and dancing to the song ‘Keh Do Ke Tum’ as Soha tries to hold back her laughter. Their pet dog also makes an appearance in the video. Sharing the video, Kunal wrote, “When my inner Anil Kapoor fan comes out (sic).”

Anil Kapoor who noticed the video quote tweeted and wrote, “Killing it”.

Meanwhile, Kunal and Soha got married in 2015, and our parents to the little Inaaya Naumi Kemmu.

ALSO READ:  Kunal Kemmu sings a song written and composed by him reflecting on the uncertainty during the pandemic