Kriti Sanon has begun the promotions of the upcoming film Mimi which premieres on Netflix soon. For the same, the actress is leaving no stone unturned with her style statements. 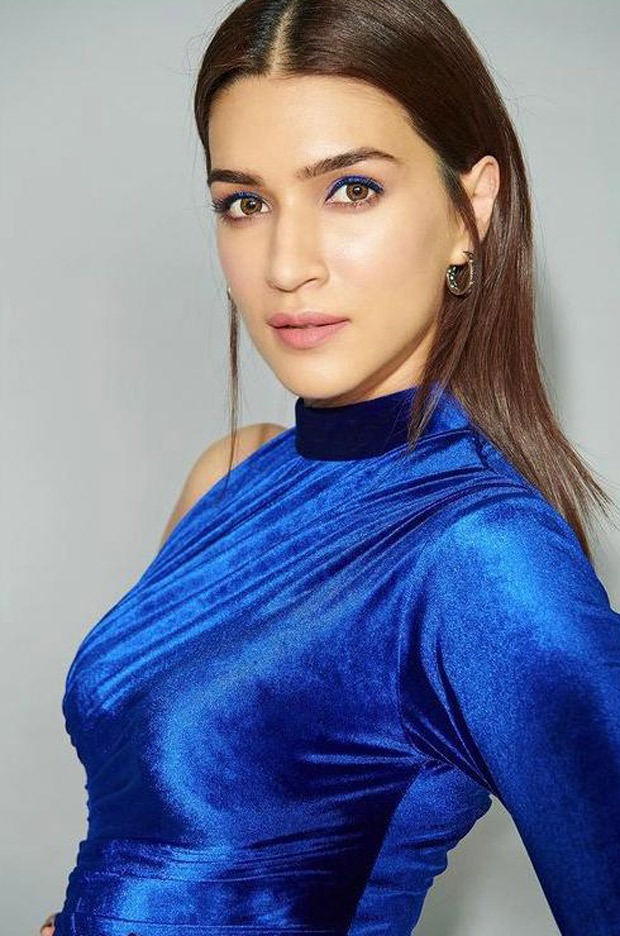 In her latest pictures, she wore a royal blue velvet dress. The one sleeved dressed features a thigh- high slit and a knotted design adding oomph factor. The star went all blue from head-to-toe as she accessorised her dress with blue heels.

Styled by Sukriti Grover, she went subtle with her makeup with blue eyeliner which added vibrance to the look. With sleeky hair open, she posed for the camera. 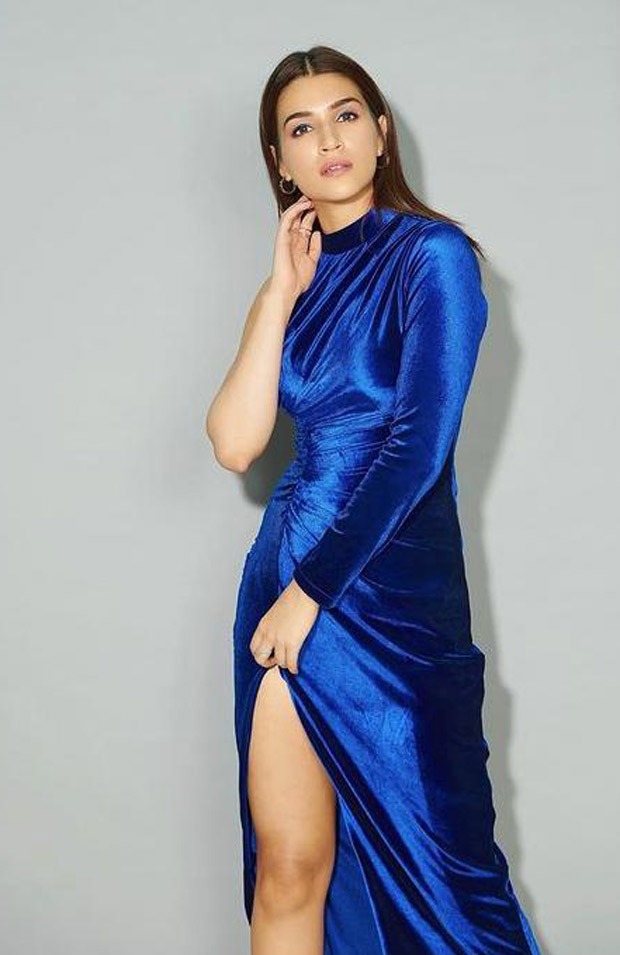