Please Like Us!!!
DesiGoogly > Kriti Sanon is the newest muse for Manish Malhotra’s Nooraniyat collection

Kriti Sanon is a total stunner from her red carpet looks to her airport looks; she never fails to amaze us or impress the critics and audience with her work in films. 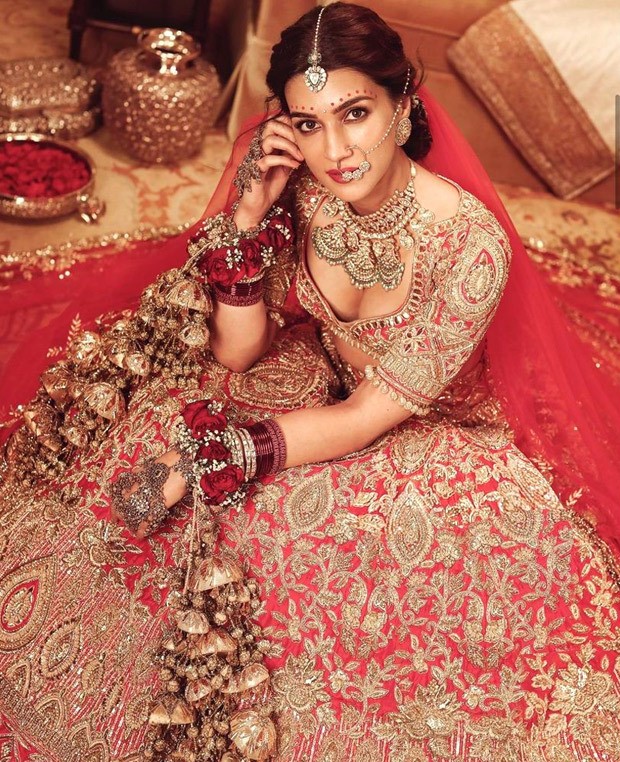 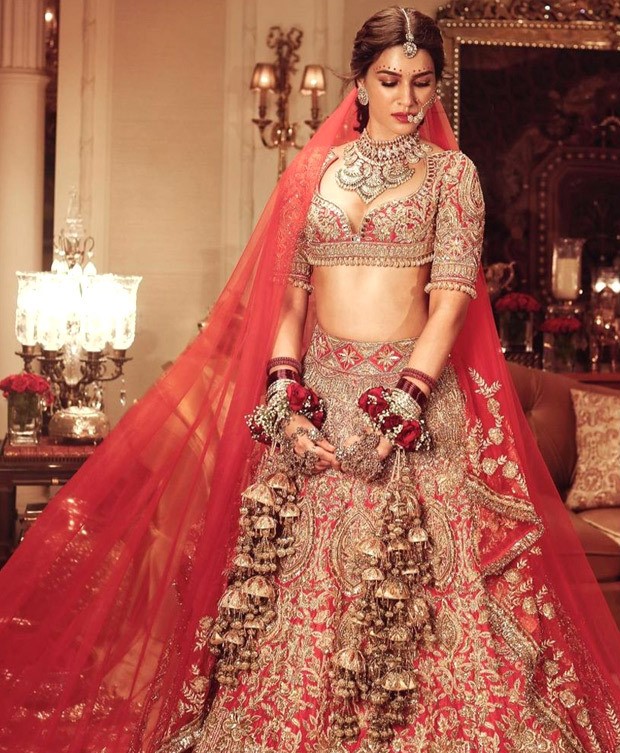 Kriti Sanon is the newest to become muse for ace designer Manish Malhotra. She was recently seen dressed in the Nooraniyat collection. She is seen in a gorgeous red bridal lehenga with heavy gold work. She pairs it with a plunging neck blouse with heavy zari work. It’s paired with a sheer dupatta with light embroidery. Her jewellery adorns her neck with bangles and a kaleera, flowers in her hair, a maang tikka and nose ring.

She looks exquisite and breathtaking in these pictures. 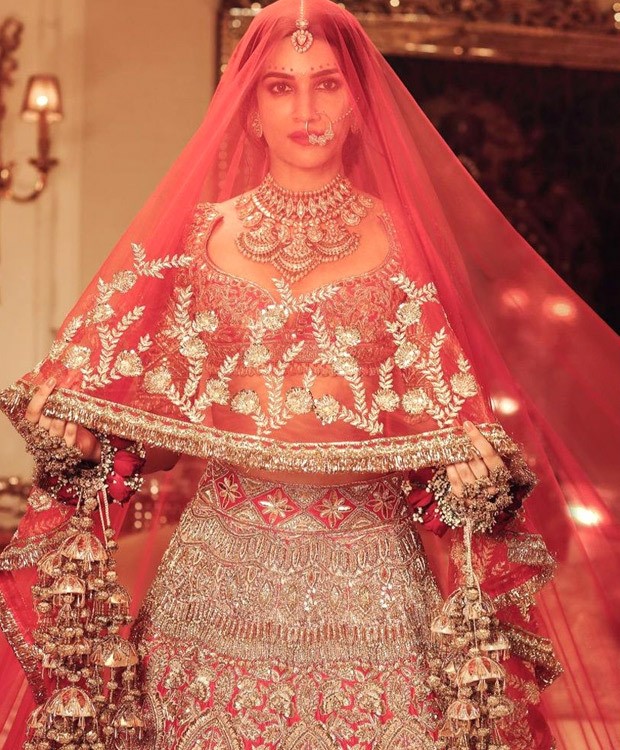 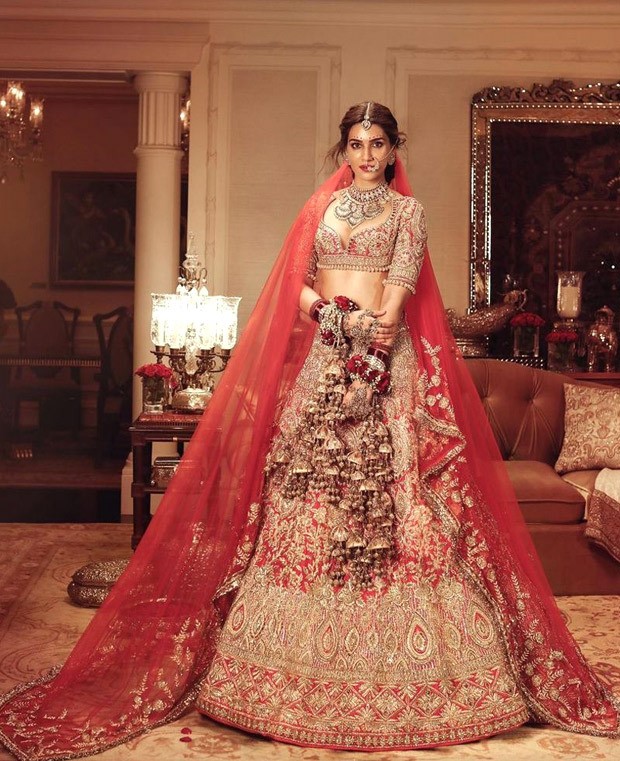 Kriti Sanon’s film Mimi, which is based on a strong subject about surrogacy and single motherhood is a massive hit amongst the audience and has received a positive response. She will be seen in an out-and-out action entertainer with superstar Akshay Kumar in Bachchan Pandey. She is also trying out the horror genre with Bhediya alongside Varun Dhawan and will be essaying the role of Sita in Prabhas led Adipurush.