Please Like Us!!!
DesiGoogly > Kingdom: Ashin of the North Review: Jun Ji Hyun stars in a tale of love, tragedy, mystery and revenge

While some might say, the Kingdom: Ashin of the North is not different from other revenge stories; fans of the zombie horror show Kingdom beg to differ. The South Korean web series Kingdom on Netflix concluded on a cliffhanger. This Friday, July 23, Netflix released a special spin-off episode which answered quite a few questions that fans had about Ashin, and it gave her actions further depth and meaning. While the special episode didn’t exactly set a precedent for another spin-off of Kingdom, it definitely worked as a rather gory-looking appetiser for those who are eagerly waiting for the shows return. Let’s take a look at why this seemingly common, yet significantly important episode was pivotal was Kingdom as well as Jun Ji Hyun’s Ashin as they explore her identity and the mystery behind resurrection plants. 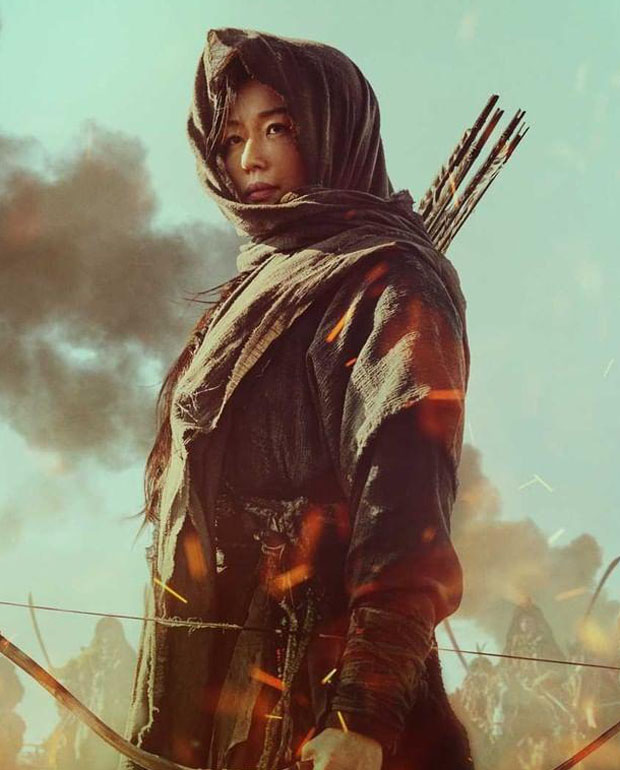 A social commentary, with a pinch of salt 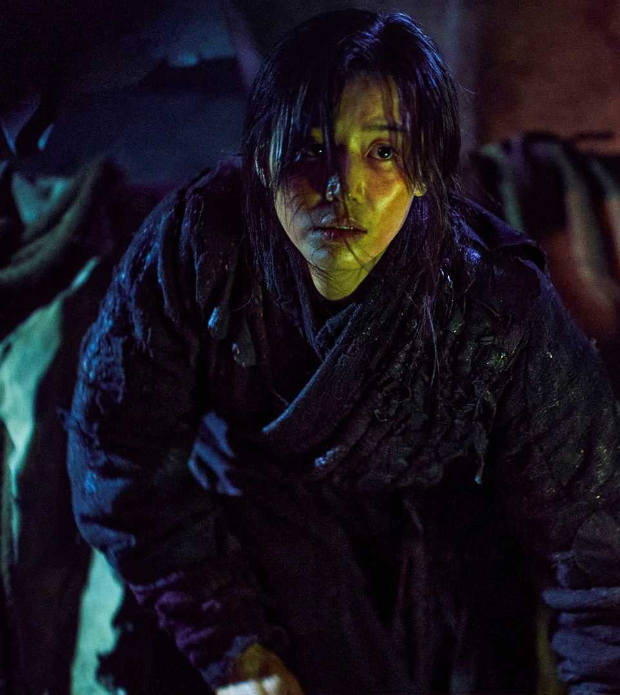 The episode begins with a short history of how the forthcoming society came into being. With rumours of a monster on Mount Pyegun rife among the villagers, the tribes living on the borders live in utmost fear. Discarded by the people of Joseon for having a Jurchen ancestry, Ashin and her tribe live like outcasts. Ashin’s father has pledged his loyalty to the King of Joseon for all that the King has reportedly done for their tribe. Her father’s main occupation is that of a butcher, but he also doubles up as a spy for Joseon’s border security guards. He is a butcher, an occupation that is considered very ‘low class’. A noblewoman is seeing meat from him and she spits on him when he tries to help the servant get a foothold. She throws away the piece of meat that was touched by his hands and huffs away with her daughter. This clearly shows the hypocrisy of the upper class, which on one hand need a butcher to prepare the meat, but at the same time detest it when they come in contact. 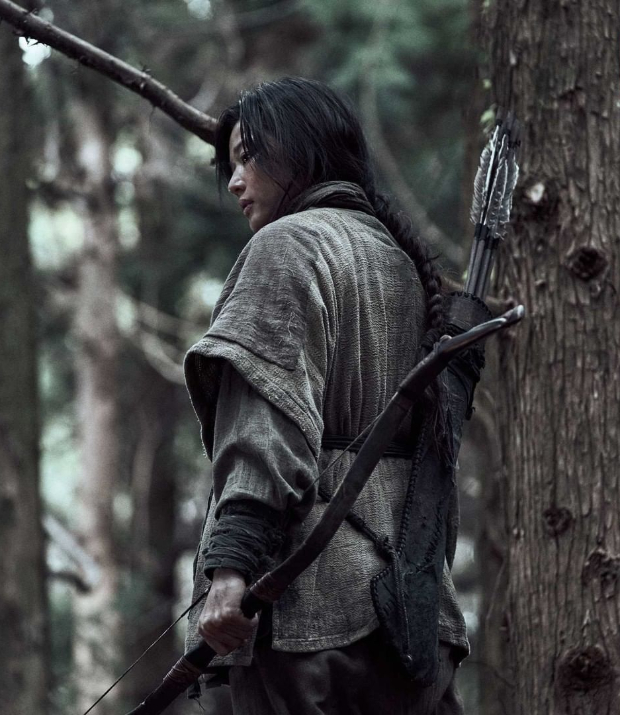 The Joseon border security guards, headed by Min Chi Rok (played by Park Byung Eun), employ Ashin’s father on a spy mission to spread rumours that a tiger, and not a human killed 15 men of the Pajeon-wi tribe. We find out soon that it was the head who gave a false tipoff to the Pajeon-wi tribe person, which got Ashin’s father trapped in a situation worse than a prisoner. Halfway into the episode, we find out that he was kept in worse conditions and his legs were also cut off. He recognises his daughter and begs her to kill him. Ashin obliges to his request and soon finds out that he was betrayed by the one person he trusted. Ashin recollects the conversations between her father and the guard and sets out on an act of revenge to wipe them out. 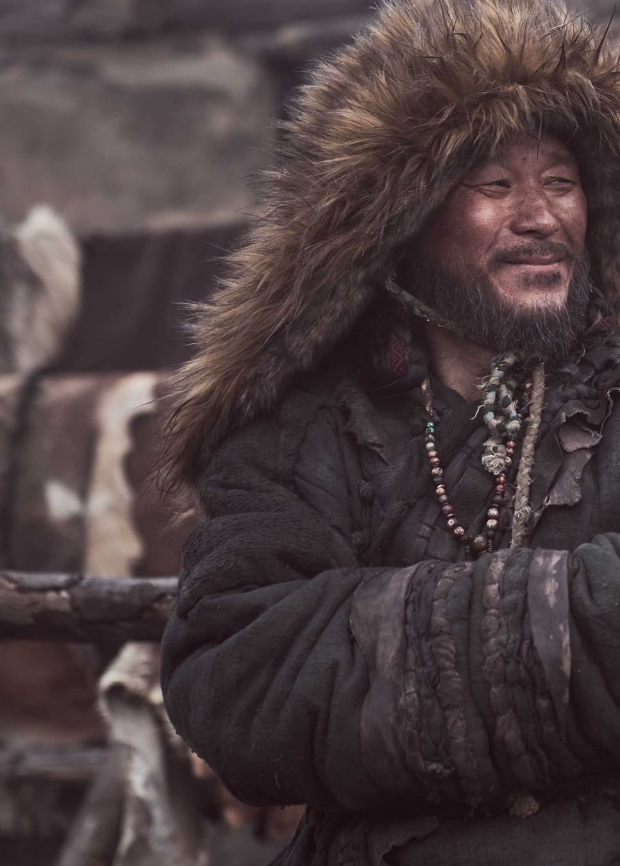 It is revealed in Kingdom: Ashin of the North about how the zombie apocalypse began in the first place. It was Ashin, who was fuelled by anger and a thirst for revenge, went on a spree to annihilate the people who betrayed her father and her tribe. When she was a child, she discovered an old mural in a cave that spoke about a special flower that can bring back the dead, but at a price. These flowers were actively collected by Ashin all these years. It is, in the end, revealed that it was her who brought the flower to the notice of a physician. It was her who set off the zombie apocalypse in Joseon. Her tribe, although killed, was “kept alive” by Ashin. She used the flowers to keep her people alive in a hut, deep into the forest. All of them were tied by chains to their feet, and she eventually brings them one food that will satiate their hunger – a live human. 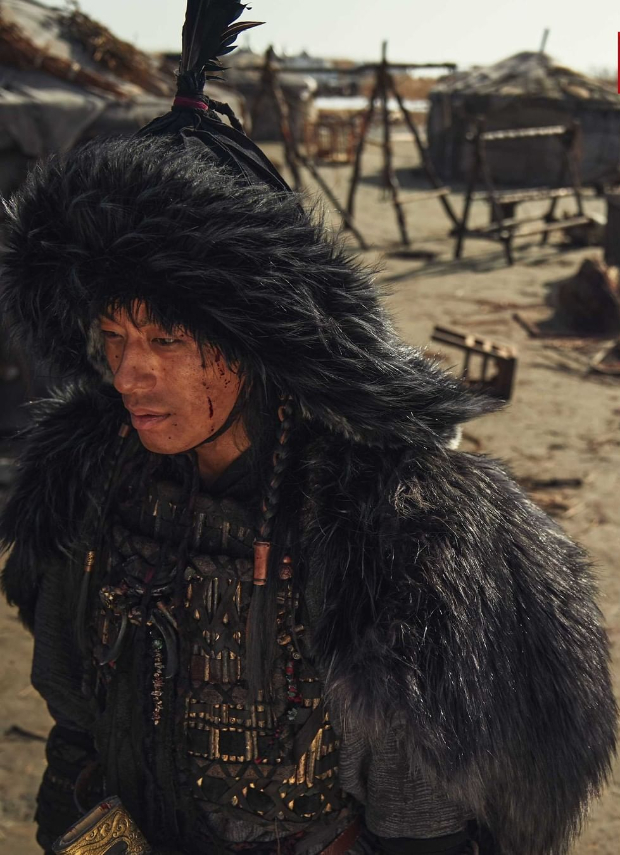 Kingdom: Ashin of the North uses brilliant imagery and cinematography. Through the seemingly dark frames, the actions of the characters are lent a certain depth and seriousness. The colour palette is mostly in the shades of black, red and grey with alternating shades of orange and yellow. The action sequences alike are shot with great detail. Ashin’s growth from a grief-stricken child, to a revenge thirsty adult, is captured beautifully as well. Her arrow practice in the forest, to her attempts to hunt – all these shows her grit and determination to avenge her father. The one scene where the young Ashin is running from a wild boar and runs up a tree trunk and when she turns it is the adult Ashin who is unafraid and kills the boar in an instant – definitely speaks volumes. The scenes, for instance, the one where the Pajeon-wi tribe person cuts through the fallen zombie lion, is zoomed in to add emphasis to the narration, whereas the scenes at the end where the soldier camp has turned into a zombie camp are shown with a wide shot, thus emphasising on the scale of impact of the actions. If you like zombies and can handle gore, then go ahead and watch Kingdom: Ashin of the North.

With this special episode in place and there’s so much to explore in future, rumours are rife about Kingdom: Tale of the Crown Prince, another special spin-off episode set by The Outlaws director Kang Yoon Sung which will focus on the present and past of Joo Ji Hoon’s character Lee Chang.

Also Read: Anthony Mackie, David Harbour, Jahi Di’Allo Winston among others to star in Christopher Landon’s We Have A Ghost set at Netflix