After delivering a stunning performance in It’s Okay To Be Not Okay, actor Kim Soo Hyun is back with the drama One Ordinary Day. The drama premiered on November 27, 2021. Kim Soo Hyun plays the role of Kim Hyun Soo, a college kid who is arrested for rape and murder charges of a young woman in her 20s. The drama stars Cha Seung Won (The Korean Odessey, Man on High Heels) as Shin Joong Han, an eccentric lawyer, veteran actor Kim Hong Pa plays the role of Park Sang Beom, the team leader of the police group handling Kim Hyun Soo’s case. Actor Yang Kyung Won, whom we saw in the hit drama Vincenzo also plays a supporting role in this drama. ‘One Ordinary Day’ is a remake of the hit BBC series ‘Criminal Justice’. While the original drama spanned five episodes per season, the Korean remake will have eight episodes for now. There is also an Indian adaptation of the BBC series as well, starring Vikrant Massey in the lead. [SPOILERS AHEAD] 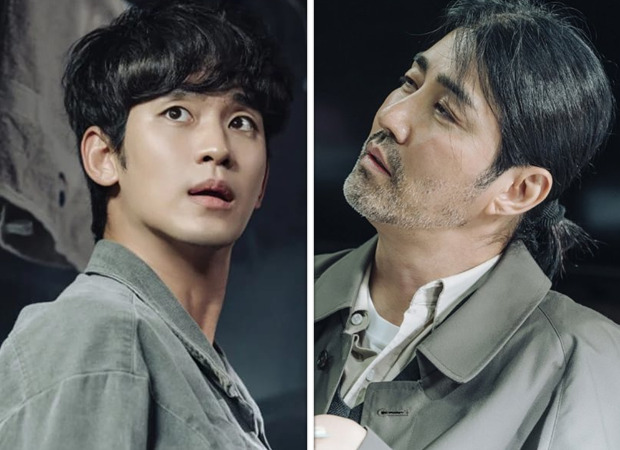 Kim Soo Hyun, despite being in his 30s, easily passes off as a college student Kim Hyun Soo. His character comes from a middle-class family, and after one fateful night, he is embroiled in a crime that can possibly ruin his future. A woman gets into his taxi, which he intended to drive towards a pool party. But obliging the woman’s request he tags along in her escapade. The two end up drinking and indulging in some narcotics. What was supposed to be a joy of one night, soon turned into a nightmare, as the woman was found stabbed and dead in the bed. Kim Hyun Soo has no recollection of the previous night, and he is firm on his stance that he didn’t commit a murder. As anyone would react, his first thought was to flee the scene, but as luck would have it, he was booked for drunk driving. He is taken to the police station and after a while of ‘will-they-notice-or-won’t-they-notice’, he is taken into interrogation.

Shin Joong Han, the lawyer is at the station for another case but notices the scared Hyun Soo in a cell. He takes up his case and dishes out some hard-hitting advice. Park Sang Beom and Shin Joong Han know each from having faced in the courtroom for several cases. Shin Joong Han is dressed shabbily and is different in his approach with clients as well. He is trying hard to make ends meet. He has a small cramped office, but it seems that he is diligent in his work. Park Sang Beom is on a verge of retirement, and coming from experience, he feels something is off about Kim Hyun Soo’s case. But he proceeds with getting the verdict and Kim Hyun Soo is sent to prison. He is a man of less words and more action.

The first two episodes worked at setting a start base for the story. The main action begins next week as Kim Hyun Soo navigates life inside prison and along with Shin Joong Han proceeds to fight for his innocence, whereas on the other hand, the police do everything in their power to shut the case and nail the crime on Hyun Soo’s head. There are some secondary characters, like the woman’s stepfather and another eyewitness, introduced which widen the circle of suspicion. The drama is more than just a cat and mouse chase or a regular whodunnit. It has a more human angle to it, for the drama is more than just a retelling of a crime. It is looked upon with a more closer and personal lens, and that is what entrances the viewers in its gritty glory.

Kim Soo Hyun, Cha Seung Won, Kim Hong Pa are all seasoned actors. They are known for their strong acting delivery and their own style of bringing out the best in each character. Some scenes are quite graphic, so discretion is advised. The impact of the drama won’t be lasting if it wasn’t depicted realistically. Kim Soo Hyun chose a great drama for his comeback. He portrayed the role of a scared 20-something individual flawlessly, down to resisting the arrest and fits of crying. Cha Seung Won’s Lawyer Shin is laidback, but if the initial impressions are anything to go by, then his approach towards getting justice and money will be interesting to watch in the forthcoming episodes. The story is densely packed and keeps the viewers on their toes as it unfolds. The runtime of each episode is just under an hour, but it does not feel dragged out. The dynamic between these three characters will be interesting to see. For a gritty crime procedural drama that explores the judicial system and looks at it from the accused’s eyes, One Ordinary Day is anything but ordinary.