Please Like Us!!!
DesiGoogly > Kim Namjoon: A profound and meaningful journey of evolving from BTS’ Rap Monster to RM

South Korean juggernaut BTS’ leader RM has been dubbed as a ‘lyrical genius’ for pouring enriching lyrics, replete with fun and pun. From being an underdog lyricist to being one of the most influential people worldwide, Kim Namjoon has come a long way. On his birthday today, let’s take a look at RM’s YOUniverse. 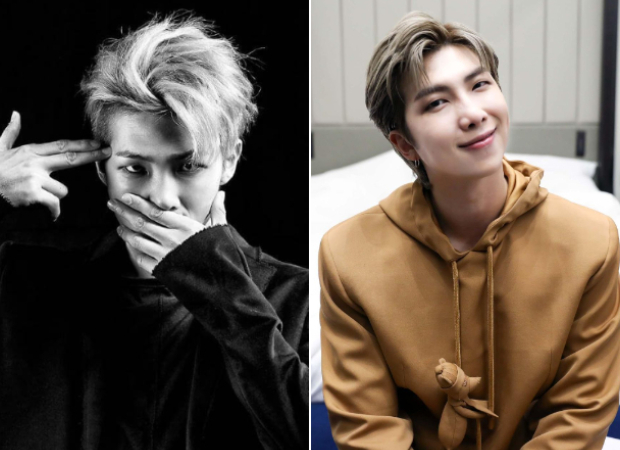 Let’s take a trip down the memory lane with RM’s eponymous first mixtape, RM which was released in 2015. The young genius poured his heart out in the mixtape. The anger, rebellion, and the tiredness of a soul were all captured immensely well in each of the tracks. Each track was carefully crafted when it came to writing the lyrics or picking a music composition. He stuck to the genres of hip-hop and rap to express the emotions to their fullest capacity.

His next mixtape Mono came after a gap of 3 years in 2018. It is a soothing piece. The mixtape is further proof of how much the artist has developed personally and musically. From the song to its music video, RM did a stellar job in encapsulating the inner workings of one’s mind. Each track speaks about a post modernist feeling of being left out and love-hate relationship with a city and it also leaves with a message of hope and strength. The album paints a picture about all things black, white and grey, and gives a warm hug and solace to those looking for it, and a different perspective to others. Speaking of his work with BTS, RM left no stone unturned to present a brilliant testament to his genius. From using works by psychologists like Carl Jung, to tapping into Greek mythology, RM along with BTS and team worked around various themes and genres to produce what one can call a masterpiece. Each song is different than the last, and it carries its own unique scent that enlivens the atmosphere.

What makes his song writing skills truly enviable is the ability to capture the basic actions in ‘Pied Piper’ like binge-ing on Vlives (broadcast app) and skipping school for concerts, to the deepest emotions of stemming from the good versus bad with ‘Blood Sweat and Tears.’ ‘Pied Piper’ delivers an honest with the catchiest of tunes. While ‘Blood Sweat and Tears’ helped break ground moving to the Greek mythology, ‘Dionysus,’ from Map of the Soul: Persona, painted a chaotic, vibrant and party-like picture of the Greek God Dionysus. The execution of the song was at par with BTS’ image in the music world. The incorporation of the myth and RM playing along with the staff of Dionysus added some extra razzle-dazzle to the whole performance.

Coming next to ‘Trivia: Love’ from Love Yourself series, RM made beautiful wordplay in the song, but it held a profound meaning. He used the spellings of Korean words ‘Saram’ and ‘Sarang’ to explain a transformation of a person from a raggedy tag to a warm and loving person. Non-album tracks hold the same artistry. RM has also contributed to BTS members Jin, Jimin and V’s solo release tracks ‘Tonight,’ ‘Promise’ and ‘Winter Bear.’ Even with all philosophy and deep thoughts, RM gave the listeners a hope and strength to believe in themselves. He gave a reason to party with songs like ‘Dynamite’ and ‘Butter.’ As a source of comfort, back in June this year, he dropped a track ‘Bicycle’ during FESTA week.


From speaking about anger and rebellion to speaking about keeping yourself first, Kim Namjoon has come a long way from being Rap Monster to evolving into RM. He has spoken to our souls, and synced his thoughts with ours. Even though he was Rap Monster and now he is RM, he still carries with him a little bit of his past reminding him of what he was and where he wants to be. RM has been a source of comfort, inspiration and solace for many all over the globe.

We thank RM for the songs he has given us so far and we wish him a very happy birthday!