Please Like Us!!!
DesiGoogly > Kim Kardashian stuns in all black for a casual appearance

Kim Kardashian is a stunner. Even before she became the big thing, she never stopped being a style queen. We love her OTT style, be it tight fitted corsets or all things Yeezy or cycling shorts- she sets the trends right! 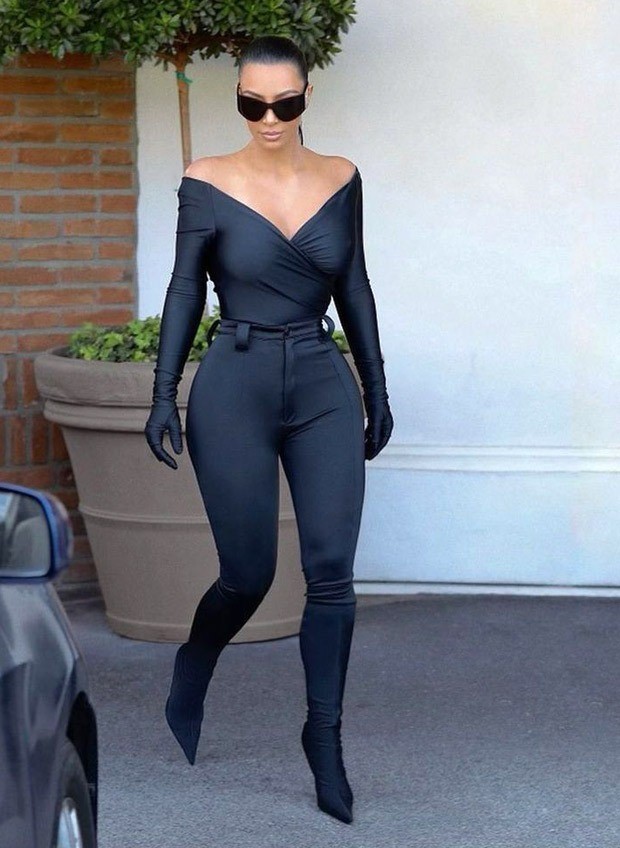 Kim Kardashian was seen dressed in all black for her latest Instagram post. After her Met Gala appearance, it doesn’t come as a surprise. She styles skin tight black pants with a risqué plunge neck top with off the shoulder sleeves. Her makeup was dewy with her hair in a neat high ponytail. And she completed her look with black reflectors. 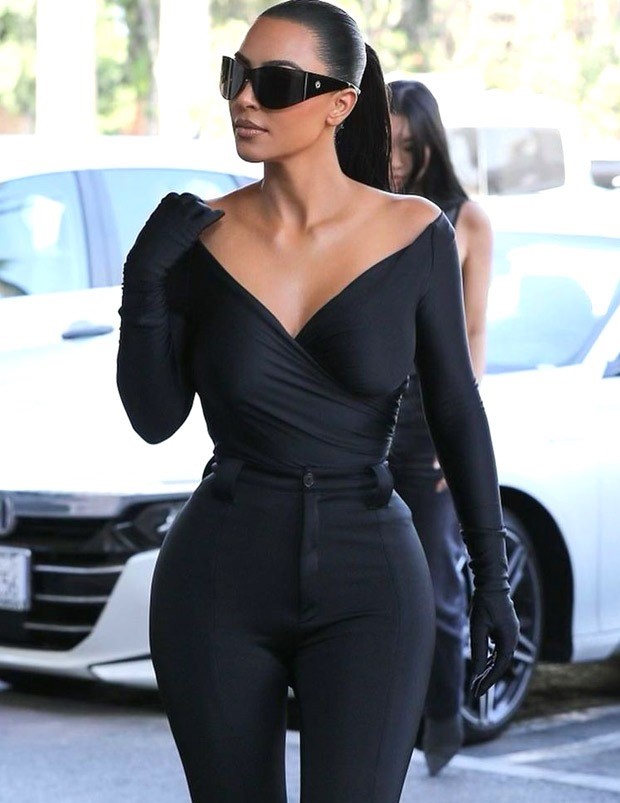 Kim recently spoke about her regrets about Keeping up with the Kardashians, since the show came to an end after 14 long and dramatic seasons. On the show, Kim talks about failing her law exam and her divorce with husband Kanye West. She claims that it was a lonely marriage and she wouldn’t want a husband that would always be in a different state than her. On the other hand, Kanye West had subsequently unfollowed the Kardashian and Jenner clan on instagram amidst dating rumours with Irina Shayk. Kanye recently unfollowed Kim on social media. Kim made quite a statement at the red carpet in all black.