Please Like Us!!!
DesiGoogly > Kiara Advani reveals the best advice she ever got came from Salman Khan

Kiara Advani is currently at the peak of her career with various good films being offered to her. Ever since the success of Kabir Singh, the actress has been seen in films like Good Newwz, Laxmii, Indoo Ki Jawani and the Netflix film Guilty. 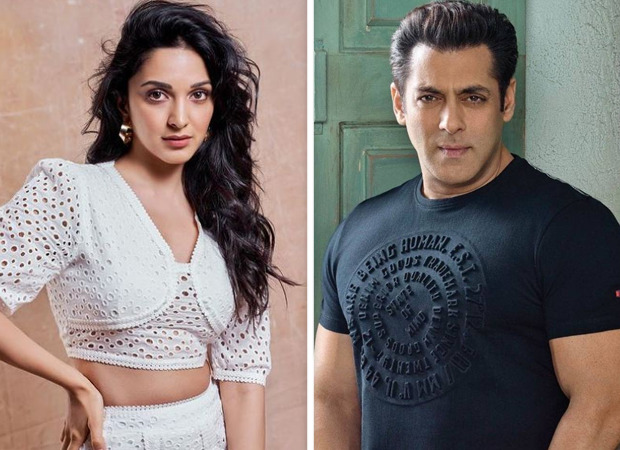 Kiara recently revealed the best advice she ever received in an interview with a magazine. The actor revealed that it came from none other than superstar Salman Khan himself. Salman Khan who always encourages new comers told the actress to work really hard and let only her hard work speak. Salman is known to not only advise young talents in the industry but also motivates them and helps them in their career growth.

Earlier, Kaira had revealed that it was Salman who had suggested changing her real name from Aaliya as Bollywood already had Alia Bhatt.

Meanwhile, it is rumoured that Kaira and Sidharth Malhtotra are dating as the couple are often spotted together and go on vacations together. During the interview with the magazine she also hinted at dating him as she spoke about having gone on a date earlier this year without getting much into details.

On the work front, Kaira will next be seen in Shershaah opposite Sidharth Malhotra. Shershaah is based on the life of martyr Captain Vikram Batra (PVC) who laid down his life at the Kargil War almost 22 years ago. The film will be released on July 2.

ALSO READ: Kiara Advani roped in as the new face of Pantene India