Please Like Us!!!
DesiGoogly > Kiara Advani drips of millennial magnificence as she dons an Anita Dongre lehenga worth Rs. 1,99,000

Kiara Advani made her deubt with Fugly and went on to be a part of several other films including M.S. Dhoni- The Untold Story. Currently, Kiara Advani is basking in the success of her big patriotic release Shershaah along with Siddharth Malhotra. The film received a very strong and positive response from critics and audience. 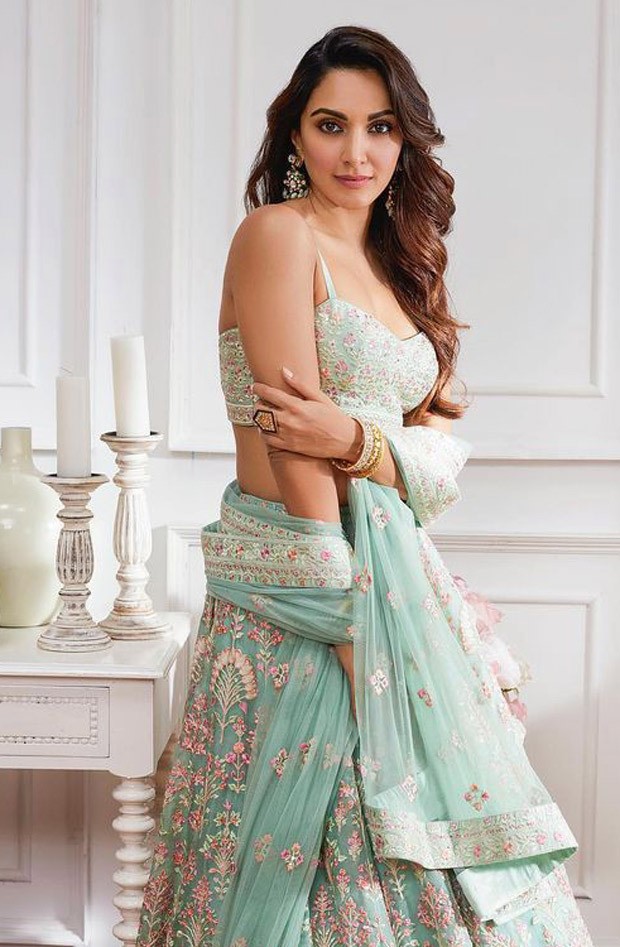 Kiara Advani recently looked resplendent as ever in a mint green lehenga with millenial pink undertones and shimmery, silver embroidery. She styled it with a cropped bustier with thick straps. The intricately designed choli perfectly complimented the embroidered lehenga. 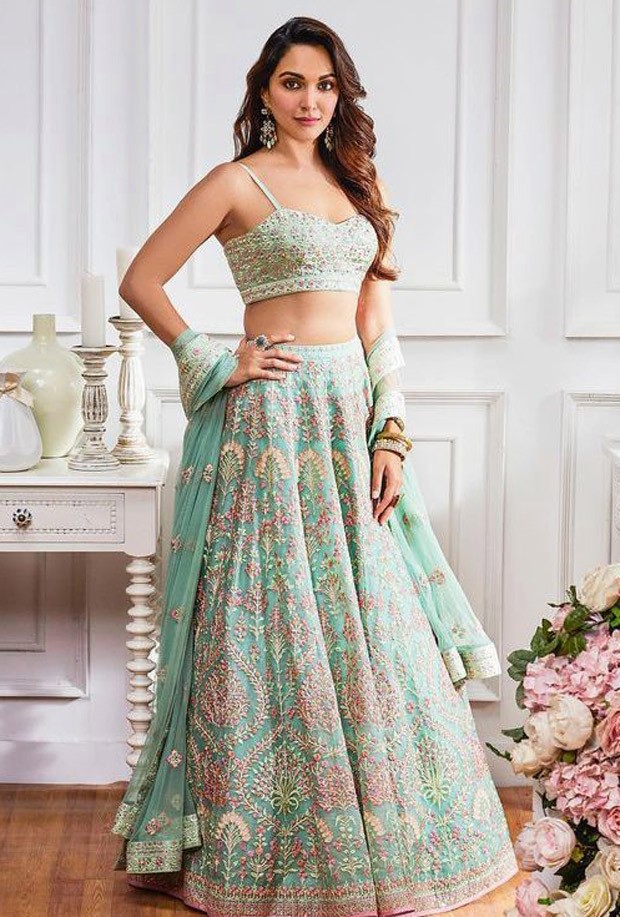 The high waisted lehenga had detailed zari work with pink embroidery and a heavy sea green border. She wore it with a sheer duptta with motifs. She styled the Love Struck Lehenga from Anita Dongre that costs Rs.1,99,000. Kiara’s makeup was soft and pastel with tinted lips and a bouncy side partition with golden highlights.

Kiara Advani’s upcoming projects include Bhool Bhulaiyaa 2, alongside Kartik Aaryan and Tabu. She will also be seen in Jug Jugg Jeeyo, with Anil Kapoor, Neetu Kapoor and Varun Dhawan. She has also been signed for the Shashank Khaitan’s film opposite Vicky Kaushal alongside Bhumi Pednekar.