Please Like Us!!!
DesiGoogly > Khatron Ke Khiladi 11: Divyanka Tripathi shares a throwback picture with Rahul Vaidya from the time they survived a car crash

Popular Television actress Divyanka Tripathi Dahiya has been acing all the daredevil stunts coming her way in the Colors Tv’s popular reality show Khatron Ke Khiladi 11. The actress has made several records in the show and is coming out as the strongest contestant. She has even managed to be the first finalist of the show and won the Ticket To Finale task. 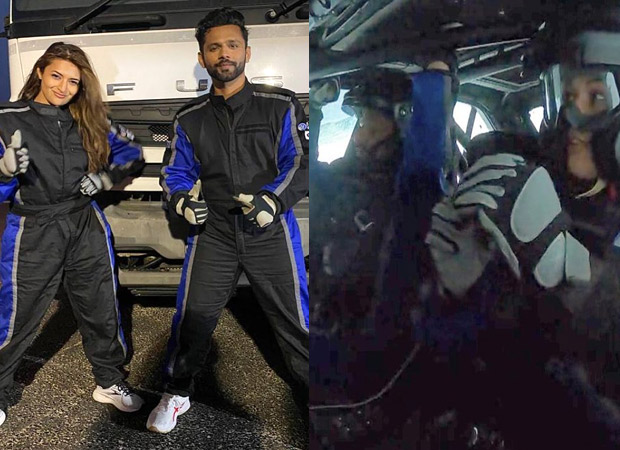 Recently, the Yeh Hai Mohabbatien actress shared pictures from a car stunt that she performed with her partner and singer Rahul Vaidya. Taking to her Instagram Divyanka shared a couple of pictures in which she and Rahul both were dressed in black and blue colour blocked safety suits having all the necessary safety accessories including gloves and proper gears. Divyanka also revealed that they survived a car crash while performing that stunt.

While one of the pictures was from after the time when successfully completed the stunt, while the other picture had them stuck in the reversed car. Sharing the pictures Divyanka captioned it as “After acing our #PartnerStunt & surviving a car crash…picture to banti hai #KKK11 #FearFactor.”