Please Like Us!!!
DesiGoogly > KBC 13: Amitabh Bachchan talks about the scene in Sholay that took three years to shoot; Dharmendra shares an interesting fact

On Friday, for a special episode of Kaun Banega Crorepati 13 hosted by Amitabh Bachchan, audiences will witness a Sholay reunion. Hema Malini and Ramesh Sippy will be taking the hot seat and the trio will be seen revisiting their film Sholay and sharing memories from the sets. 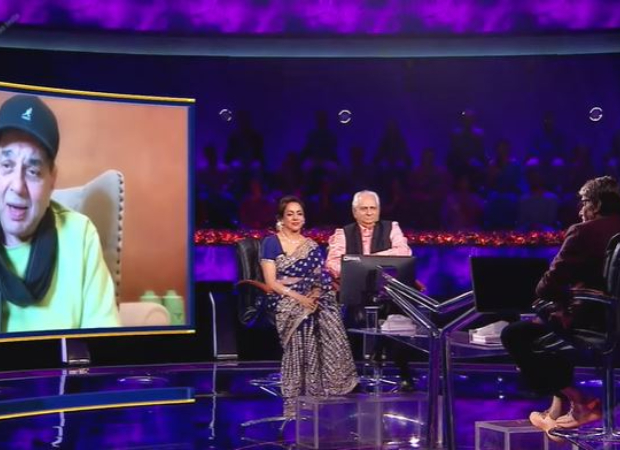 Amitabh also revealed that the scene where he is seen playing a mouth organ and watching Jaya Bachchan light a lamp took three years to shoot.

Dharmendra who played the role of Veeru in the film joined the trio through video call. He shared that he once walked 28 miles to the shoot location. In the video, Amitabh Bachchan can be later heard telling Dharmendra, “Bohot maarenge jo hum bataane vaale hain”.

Sholay is a classic and was released in the year 1975.