Please Like Us!!!
DesiGoogly > Kaun Banega Crorepati 13: John Abraham shares the story behind the stitches on his chest to Amitabh Bachchan

Actor John Abraham along with Divya Khosla Kumar and producer Nikkhil Advani will appear on the Shandaar Shukravaar episode of Kaun Banega Crorepati 13. The trio will be seen promoting their recently released film Satyameva Jayate 2. 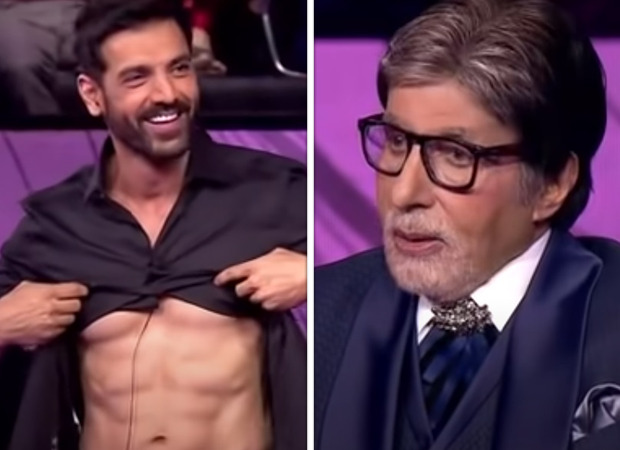 In a promo video of the episode, John Abraham is seen talking about his fitness and an incident from his college days. In the video, Amitabh Bachchan asks John to show some of the football tricks he knows. At his request, John started spinning a football on his finger and encouraged Bachchan to do the same. The veteran actor hilariously fails in his attempt.

He then proceeded to show the stitch marks on his chest and revealed that his chest tore apart when a boxer kicked him on the chest. John also unbuttons his shirt and displays his chiselled physique leaving everyone impressed.