Please Like Us!!!
DesiGoogly > Katrina Kaif tries to keep up with Ganesh Acharya’s ‘half beat choreography’ during rehearsals for Najaa from Sooryavanshi; watch

Katrina Kaif is one of the stellar dancers in Bollywood and has proved it with every performance on screen. She was last seen grooving to the song ‘Najaa’ from the film Sooryavanshi alongside Akshay Kumar. The actress set the screen on fire with her dance moves. On Thursday, the actress gave a glimpse of the rehearsal for the dance. 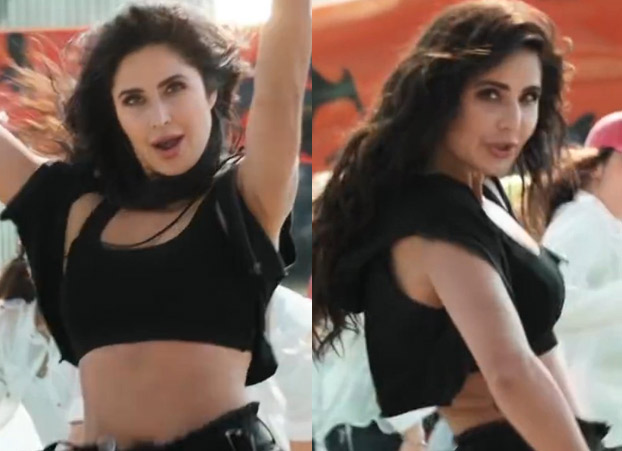 Katrina is known to be a hardworking artist and puts in a lot of practice to perfect those moves. In the video shared by Katrina, she is seen practicing very seriously with choreographer Ganesh Acharya giving the beats in the background. Sharing the video, Katrina wrote, “Why so serious? Could not quite get Ganesh masterji half beat choreography.”

For Sooryavanshi, Katrina also grooved to the recreated version of the hit song ‘Tip Tip Barsa Paani’. She sizzled in a metallic silver saree to Farah Khan’s choreography. The song was originally featured in the 1994 film Mohra with Raveena Tandon and Akshay Kumar in the lead. Katrina had also shared a behind-the-scenes video from the shoot of the song and wrote, “It sure was rainy. Voice of my heart.”

ALSO READ: SCOOP: Sooryavanshi gets Rs. 100 crore from Netflix; to premiere on December 4